Please note that all blog posts before 8 April 2007 were automatically imported from LiveJournal.  To see the comments and any LiveJournal-specific extras such as polls and user icons, please find the source posting at http://brianenigma.livejournal.com/2003/12/

When you are in a very professional webinar with an associated conference call and people log in using the names “Groucho Marx” and “Al Gore,” suddenly things don't seem so professional anymore.

Vacation Update: We'll be back down there from December 20th to January 10th. That last week, I'll be working so won't have a lot of time, but some time during the trip, I would like to go to Disneyland one (or twice or three times or every day). My two-park UberPass expires on the 9th, so I would like to get some good usage out of it. Anyone up for a D-Land trip or two? Or is this too early to think about planning since a lot of the time this is last minute anyway? Since I won't have a car, I'll need a ride. (Hey Jeremy: I think it would be a pretty damn funny role-reversal if you were to give me a ride to D-Land.) 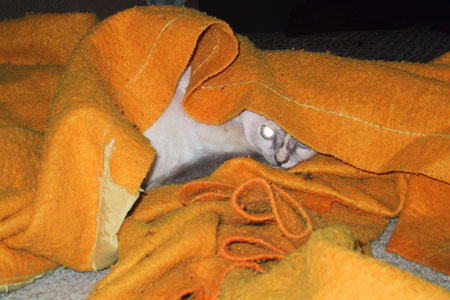 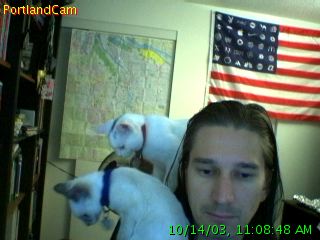 I dug through some of the old Diedrichs.org archives and found a couple of embarrassing pictures from the eHouse a year or two ago. I don't think they were officially posted anywhere (they were in the “hidden” /junkdrawer folder), so they're officially online now. I would have put the “queen of foil” picture up, but Substitute already has that one covered. While I am told the information imparted during the Vicodin and Guinness incident was a little embarrassing, the picture was pretty uninteresting, so that got left off too. There were not really any other embarrassing photos that I could find (of course, there are a lot of photos to sift through). The Heavy Metal Parking Lot 80's party had some good pics, but was not terribly postworthy. Maybe I'll get D's back online, or at least get the photo galleries attached to Netninja. It is about time for a Netninja redesign anyway–I've been planning on doing some some major redesign for about a year now. I should probably get off my ass and do it.

If a picture is worth a thousand words, 29 pictures per second have to be worth a few re-reads of the Lord of the Rings trilogy (or quad…ummm…quadology?…if you count The Hobbit). Be warned. These are not pretty.