Please note that all blog posts before 8 April 2007 were automatically imported from LiveJournal.  To see the comments and any LiveJournal-specific extras such as polls and user icons, please find the source posting at http://brianenigma.livejournal.com/2005/06/

In doing some recent hard drive and disc cleanup, I ran across a bunch of old photos from when I worked at Virgin software. That is where my habit of writing crazy stuff on whiteboards formed–a habit that persists to this very day.

The various references to Vision, Genes, and Darwin are software code names and really mean nothing to anyone that did not work there. All of the dog references (many more are in the actual album and not on the whiteboard pictures) are due to the fact that my boss had his face bitten off by a dog and had to have reconstructive surgery (which was so good that you really would not have been able to tell without him pointing it out.) He had a phobia of dogs that was serious out with real dogs, but really played up to absurdity with all of the dog photocopies, pictures, and cartoons. 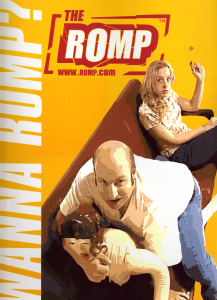