Please note that all blog posts before 8 April 2007 were automatically imported from LiveJournal.  To see the comments and any LiveJournal-specific extras such as polls and user icons, please find the source posting at http://brianenigma.livejournal.com/2005/01/

Item! Somebody left Death To The Pixies at my house during CD Burning Man (the party the RIAA does not want you to know about!) There are a few pictures of the party online at the usual place.

Item! If the light switch flipped the other direction, Ebenezer would have turned on the bedroom light last night. At three in the morning, he decided to play with his jingly ball. I took it away after five or ten minutes, after weighing the cost/benefit of getting out of the warm bed versus the ability to sleep. After returning to bed, he promptly pogoed against the wall, repeatedly attacking a spot a few inches above the light switch.

Item! A single heat vent effects the entire thermodynamic properties of the house. The vent in the wall upstairs (but not the one in the floor) will switch between making the bedroom or the living room a desert. It seems there is no half-way setting; opening it even slightly is just the same as opening it fully.

Item! New year’s eve was a bit smaller and less rowdy than previous years, but was still a blast. Imagine my surprise when I was the one wearing the tie, with Brandon tieless. It was the first time in over a year that I had occasion to wear leather pants. One of the people there was named Lupin, but she has no connection to Hogwarts that I could tell.

Item! Murphy Oil Soap is the bestest for wood floors!

Item! We had a great stay at The Edgefield. Our room had a wonderous view of both the winery and distillery as well as the correctional facility. At some point, I want a trellis made of old pluming supplies to adorn my garden. 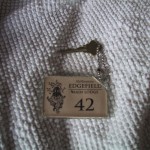 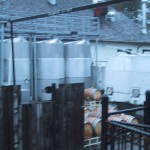 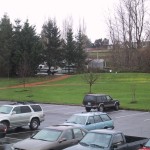 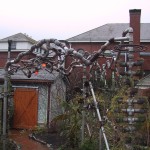 Item! A new version of my Gallery synchronization tool has been released, after fixing a few issues with normalized/munged filenames. Who’da thunk so many people rely on spaces and commas in their file names.

Item! I finished Myst IV. The production quality was rather high. The story was good. The gameplay was a bit “meh” compared to other releases in their franchise. The Peter Gabriel song/video/dreamworld-thing was entirely out of place and quite jarring, actually. The monkey puzzle was so hard that I had to cheat and find a solve. It turned out I was doing it correctly, just not quite fast enough, and their interface for that one is really sensitive and prone to making errors, especially when you are using a trackpad instead of a mouse. The whole dreamworld thing felt like an excuse for inserting fairly abstract puzzles. There are better and more believable ways of implementing stack-based and graph (“graph” in the combinatoric definition) puzzles, thankyouverymuch, than pseudohippie dream sequences. Even though it spanned two DVDs, it felt smaller than the other ones.