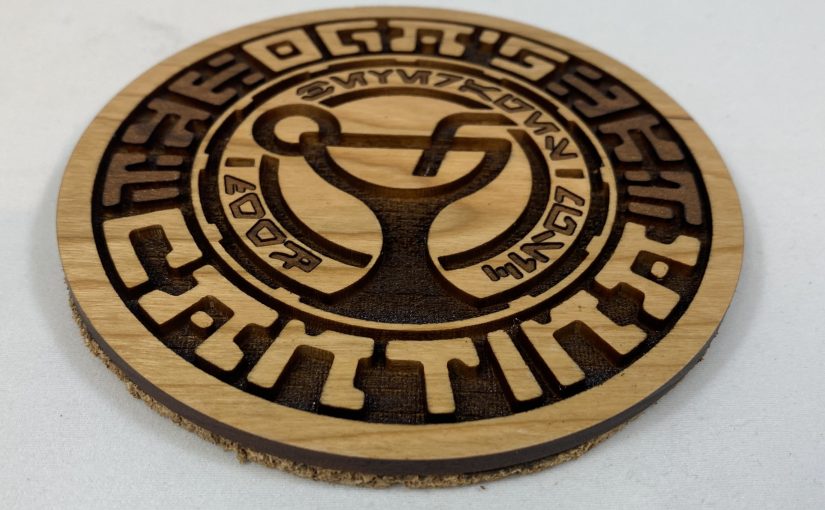 Last month, Christine and I went to Disneyland. And more specifically, we went to the new Galaxy’s Edge section (“Star Wars Land”). You get to spend time immersed in Batuu, in a way that’s unlike any of the other Trivial Pursuit wedge lands of the park. Cast Members are in character. All of the signs are written in one of two alien languages (Aurebesh and Droid), only rarely paired with English versions. There are greetings and other phrases that are a dialect of the locale: “bright suns” or “rising moons” as a greeting and “til the spire” as a farewell. I won’t even get into the details of the game you play on your datapad (mobile phone), in which you hack vehicles, droids, and control panels — as well as go on missions — by solving logic puzzles. Success usually results in a physical reaction in the real world (droid beeps, X-Wing warms up, Millennium Falcon jets out steam exhaust, panels flash) and helps secure the target for your team (Resistance or First Order).

Even with all the other immersive magic at play, our favorite part was Oga’s Cantina. We ended up there on three different evenings. Ignoring the distinct lack of inhuman aliens, it really felt like a Star Wars bar. Most of the menu leaned a little tiki-heavy (sugar and fruit juices), but the Jet Juice was a good whiskey concoction. They have paper coasters there, advertising various drinks. We made sure to grab a set (there are five variations) to bring home. The best souvenir of the trip, and not nearly as costly as a droid or laser sword!

Given they are cardboard, I am a little nervous to use them at home, daily, on the coffee table. But I have a Glowforge laser cutter, and one of the big the “hello world” projects with those is make-your-own-coaster. So I decided to make my own out of fancy hardwood. The first (and nearly only) step was to scan and trace the cocktail glass.

About an hour later, I pulled the coaster from the bed of the laser cutter. A couple of coats of clear sealant and a cork backing later, I had a pretty nice and lasting coaster to use on the coffee table.

I’d love to share the design files with you, buy given the original image designs are owned by the litigious estate of Walt’s Frozen Head, you can understand why I’m hesitant to upload the files.

One thought on “Laser-Cutting Cantina Coasters”