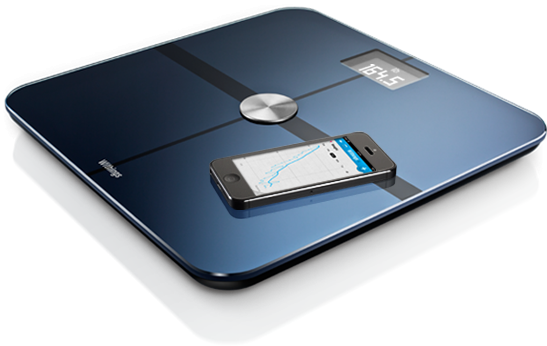 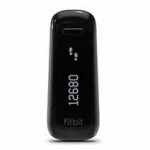 I’ve been exercising and watching what I eat for years. But the quantification all started a couple of years ago with a Fitbit. Everyone at work got one as a bonus for making sales numbers. I diligently tracked step counts and flights of stairs traversed. I even went a little out of my way — getting off the bus a stop early or a stop late to walk a bit more. This led to the purchase of the Fitbit scale, wirelessly conveying my daily weight measurements to the smartphone app. I could better correlate behavior and activity to weight changes.

But the honeymoon with Fitbit slowly eroded, with Apple’s iOS 8 and Fitbit’s hostility toward sharing as the final straw. By that time, I’d actually stopped using the little Fitbit tracker itself. It was another hunk of plastic to carry around, another device to charge. All recent iPhones have built-in pedometers, anyway, and the Fitbit app can be configured to use that for step data. I also used the app to track calories from meals. The only Fitbit hardware I’d been using was the scale. iOS 8 brought in a technology called Healthkit. It acts as a centralized place for apps to share health information. It works in much the same way that apps can copy pictures from or add pictures to your camera roll — only with weight, steps, body fat, and exercise instead of snapshots. But Fitbit flat-out said they don’t want to play on Apple’s health-playground. They don’t like sharing.

Yes, yes I know that there are some “shim” apps out there that let you extract data from Fitbit’s database and stuff it into Healthkit, but we’re dealing with principles here. Such apps are an API or Terms of Service change away from not working anymore. You’ll excuse me if my trust of Fitbit is at an all-time low. 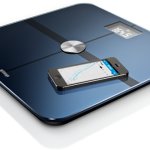 I started looking at alternatives, both in hardware and software. [By the way, if anyone I know in Portland wants to buy a used Fitbit Aria scale, I can hook you up.] I settled on the Withings Smart Body Analyzer scale because it had good ratings and because the company has a good track record. Withings has been making scales and other health hardware for years. In fact, they were the first WiFi-enabled scale I remember hearing of. They were one of the first companies to jump on board with Healthkit. They feel legit and trustworthy.

On the software front, I’d been using Moves for a while. I don’t know that I’d call it a “serious” health app, but it’s a fun pedometer that I ran alongside the Fitbit app. It counts steps, extrapolating that out to calories burned, but also maps out where you’ve been. I continue to use Moves, and love it, but I also needed something to more closely count calories. After a little bit of research, I settled on My Fitness Pal. I’d heard it mentioned a few times, it’s Healthkit-compatible, and I figured that if I ended up hating it (I didn’t), I could switch to another app and retain my data in Healthkit.

Moves counts your steps, but also keeps the low-resolution GPS running in the background, bumping up to higher resolution when you move, and logging your route throughout the day. This gives you more accurate data: distance and time give you speed. This also gives you a diary of your activities. If you linger anywhere for more than about 5 minutes, it drops a pushpin on the map and tries to label it based on past behavior. If I wonder where I was a couple of Tuesdays ago, it’s a quick lookup to see that I was playtesting puzzles at Migration Brewing.

The whole thing is presented in a beautiful timeline, this one composited from several screenshots:

Any of these entries (location or path) can be tapped to see more detail, for example:

The one downside to Moves is that it makes your phone a little more battery-hungry. It’s not a big deal on most days when I’m twiddling with the phone on the bus to and from work, but if I have a solid day of listening to podcasts or streaming music, I have to recharge toward the end of the day.

I should also note that Moves is cross-platform, existing for iOS and Android.

The My Fitness Pal app has a great amount of detail, yet it’s structured such that you can easily get in and out if you just need to log something quickly. At startup, you’re presented with a news feed. You can see my recent weigh-in, below.

The Diary screen lets you log meals and activities and the ever-present “+” button allows you to quickly add an entry to the diary.

Adding food is just as easy. Searching for a food looks at recent meals (for example, you’re having leftovers or you’re eating a favorite dish you frequently prepare) as well as online for packaged foods, restaurant items, and recipes. If it’s a packaged food with a barcode, you can just scan it with the camera.

Although it keeps track of calories burned from walking, you can also log more formal exercise as you go, which automatically adjusts your calorie limits for the day. 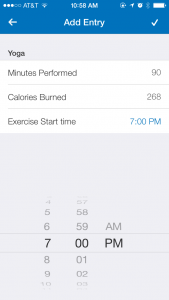 At the end of the day, you can check out the progress graph, although I prefer the one in the Withings app, with its trend line, to the My Fitness Pal version. And that’s okay because sharing data means you can use one app to track and another to visualize.

None of these apps or devices have drastically changed my habits or given me revolutionary insight. I have always, and still, know the difference between healthy food and unhealthy food. I know that I should walk more and take the stairs more frequently, even if I don’t always. But the logging keeps me honest with myself. I know when it’s okay to cheat a little bit and have a bowl of ice cream. I also know when and why that’s a bad idea, even if the thought of ice cream seems so delicious and necessary. Logging keeps everything honest and above-board.