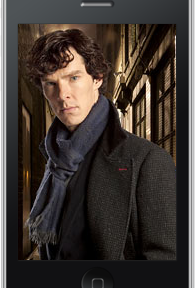 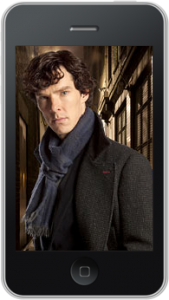 In the BBC Sherlock episode “A Scandal in Belgravia,” Irene Adler (a.k.a. The Woman) takes Sherlock’s cellphone and sets a custom ringtone for herself — a moan, to be precise.  The ringtone gets used to some effect throughout the episode.

And because the world needs more ringtones, I turned it into an iPhone ringtone. There are two variants, one has enough silence added so that it will play on a 2 second loop and the other, on a 3.  I prefer the 3, but to each their own.

Download either (or both) file.  In iTunes, select File -> Add to Library and add the ringtone file(s).  Sync with your iPhone.  On the phone, pull up your contacts and select one.  Tap Edit and scroll down to Ringtone and Text Tone.  Use those options to change the sounds for a given contact.

8 thoughts on “Because the world needs the Sherlock moan ringtone…”