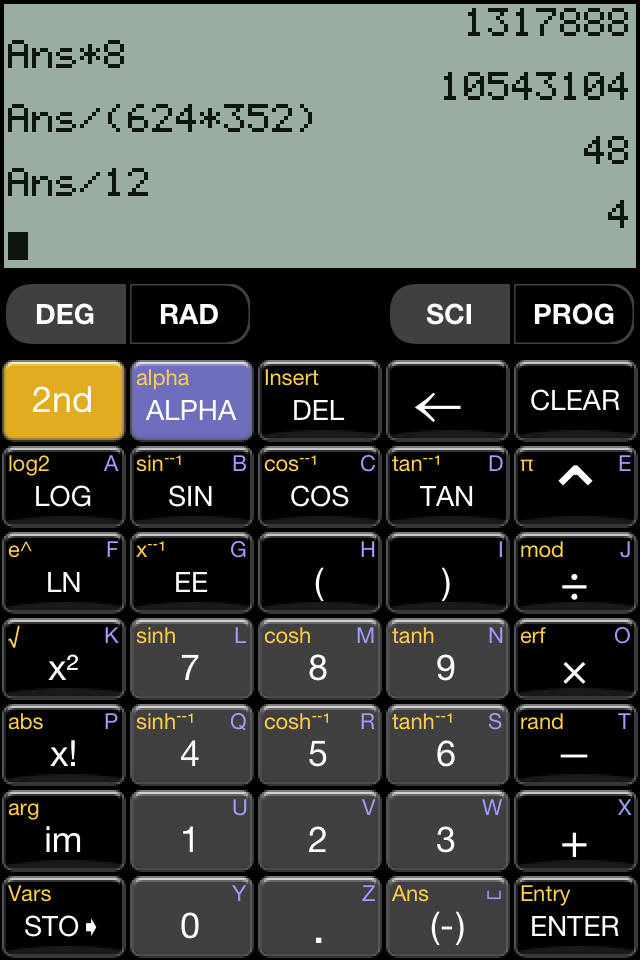 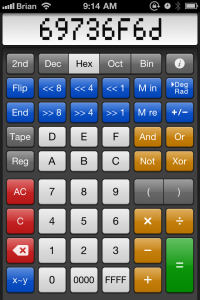 For many years, I had a single iPhone calculator app, PCalc. It has worked well for the programming operations I typically do (hex conversion, bitwise math, and the like) and makes a great general-purpose calculator. I even follow the author, @jamesthomson, on Twitter because he often has insightful things to say about iOS applications. 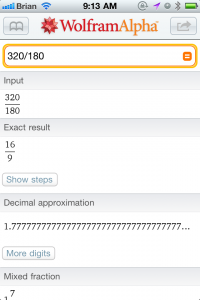 Some time later, Wolfram Alpha for the iPhone was released. When it hit a semi-reasonable price, I picked it up. The equation-solving and ability to reduce and simplify — instead of solving down to a single rational or real number — is not something I use often, but when I do it’s handy to have at hand.

These two calculators have worked great for me for some time, but a little feature of a competing calculator caught my eye. There is an app called Calcuccino that works similarly to PCalc, but also includes an integrated ASCII table. Some of the features are nice and easy (swiping the keypad and function keys). Some of them are a little obtuse for beginners and are even a bit awkward once you know them (swiping the numeric display to switch number-bases or precision). I have recently done work with fourcc codes and being able to look up the ASCII characters corresponding to a sequence of hex digits right there in the calculator is super-convenient. 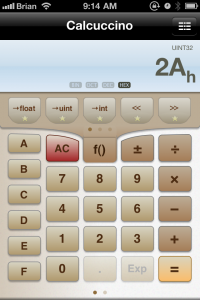 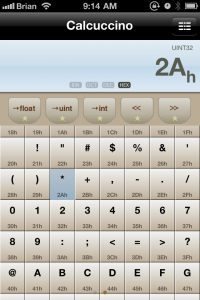 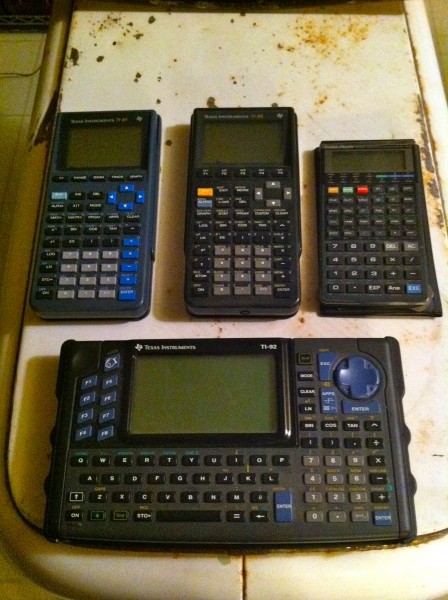 There’s a good little calculator, Calc86 that captures most of the essentials of the TI calculators, without being too overloaded with features or buttons. You get the ability to recall previous results (the “Ans” value) as well as the ability to build up complex expressions with parenthesis. You also get simple variables (such as “store the value of 42 into X”). What you don’t get is equation-solving and graphing. Nor do you get the ability to store and run little programs. These are not features I’ve used since I wrote a Tetris clone on my calculator in AP Calculus, but your mileage may vary. I now find that I’ve really missed those expressions and parenthesis. 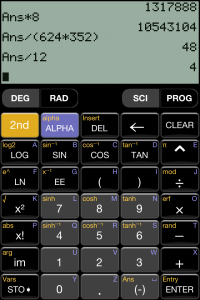 I will probably stick to Calc86 for the immediate future. My main problem now, though, is an iPad calculator. I tend to have my iPad out as often, if not more-so, than the iPhone, but yet to find a good calculator. My go-to iPad calculator is the above-mentioned PCalc. I also have Wolfram Alpha installed. I feel as if they’re at opposite extremes of the spectrum, neither quite optimal. PCalc sort of feels like a Fischer-Price “My First Calculator” with its large candy-like buttons and big display (though I do like its ability to simultaneously show hex and decimal). Wolfram Alpha feels like the TV Remote From Hell, with its zillions of tiny buttons. I have yet to find a happy medium.

One thought on “A survey of iPhone Calculators”