This is another catch-up post to cover all sorts of topics from the past week.

Last night, I had an odd dream in which I somehow lost a cadaver. I have no idea why I had one. I might have been a mortician or transporting it or merely keeping an eye on it for someone. (Wait — what? Keeping an eye on it? Why? In case it walks away?!) I also have no idea how one could lose a lifeless body. But I did.

I pretty much have to put the blame on this week’s This American Life: Mistakes Were Made. It was all about a haphazardly run cryogenics company in the 60s that made a bunch of choices that might have seemed good at the time, but looking back were pretty poor.

Too Much Coffee Man

Saturday was the final evening performance of the Too Much Coffee Man Opera. Although I have seen plays and concerts in Portland, I had never actually seen anything in the Performing Arts Center. Presumably, it contains some pretty large halls, but it also holds a number of smaller ones. The show was in a room that could probably seat about 100-150. There were a half-dozen or so tables up front and conventional theater seating in the back.

The opera itself was quite fun. It was campy and low budget, yes, but that’s sort of the point! The adventures of TMCM and Espresso Boy, who both fall in love with the coffee shop barista, but she runs off to be a superhero and marry the leader of the evil Martians (but she convinced him to be good.) In the end, the Earth is destroyed but the coffee is saved.

Kim and I met up with Julian at Imbibe on Sunday (or was it Friday? It was some time over the weekend.) I used to really like Imbibe, but something changed recently. Last October they got sued by the RIAA because a live band played a cover without approval. I don’t know if that’s the reason or if it’s under new management or what. They slimmed down the menu, lowered the quality of the food and raised the prices. My $15 olive and cheese plate (which was formerly $10 or $12) was pretty skimpy (it used to be huge.) The other food our table got wasn’t particularly good for the price, either.

The one good thing I pulled away from that evening was the Gotan Project, which was playing on CD between bands. I believe the genre is called “tango fusion.” Basically, I’m a sucker for a good accordion in a modern song.

My bus transfers! Let me show you them! (Oh, speaking of this phrase, I got an email newsletter from Nintendo today about some new Pokemon game. The ALT text for the main image was “Let Me Show You Them!”)

That’s the past month or so of bus tickets–at least, the ones that didn’t get thrown away. I ride the bus a lot, but not nearly enough to make a monthly pass worth the cost.

On the right there is the flowchart that was taped to my door today. We’re in a crunch to get something out next week and I kept getting pestered with inconsequential requests this morning. I’d submit it to PassiveAggressiveNotes.com, except I already have something in their queue. 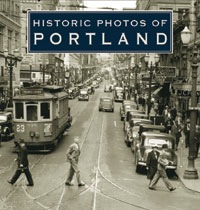 I now have a copy of Historic Photos of Portland (sparked off by my “then and now” post), but have yet to really sit down and really give it the time it deserves. Initial impressions are that it’s a high quality book with some great pictures. I’ll talk about it in more detail in the next couple of days. (This weekend was much more busy than expected.)

One thought on “More Ketchup”