This is a sweet picture! 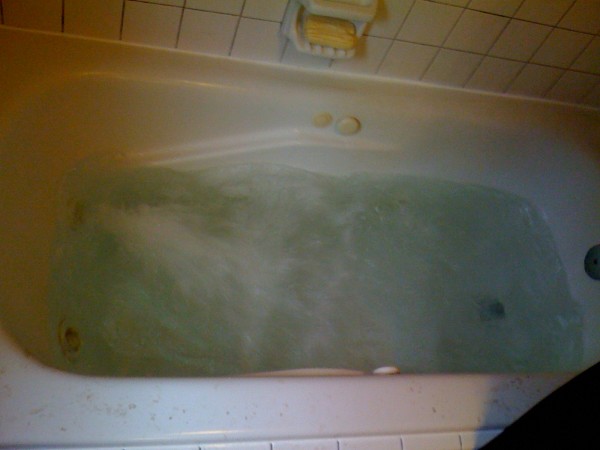 Well, it would be sweet if it wasn’t a cameraphone. And if it wasn’t just a test run with cold water. It is the first end-to-end, fully-functional test of the jacuzzi tub.

I had to reconfigure the switch panel to make it work. It had two “normal” switches, side by side, which I had to convert to an over-under style switch and a timer. 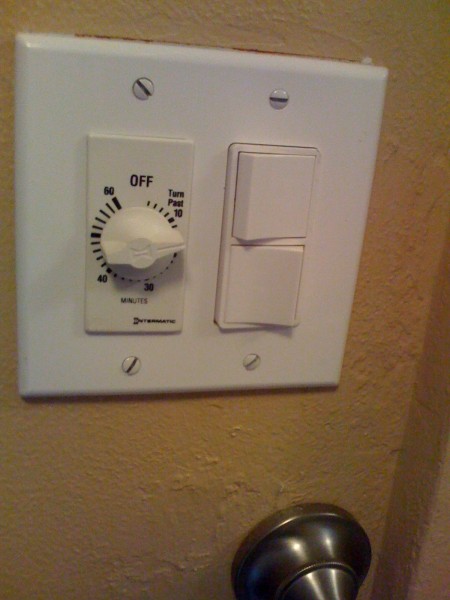 Everything is (…basically…) up to Oregon code (which is National Electrical Code 2005 plus a few amendments.) It’s on its own dedicated 20A breaker, with a GFI outlet, with everything wired up correctly. Getting everything wired up correctly took two tries, unfortunately, because I had a brain-fart in the crawlspace under the house and reversed the hot and return lines. I do say it is “basically” up to code because you’re not technically supposed to have light switches and such within 5 feet of the tub. The existing light switches were already there and already 3-4 feet from the tub, so I reused their box instead of going through the major engineering effort of re-routing all of the electricity in the bathroom. I don’t think it’ll be a problem, and our inspector didn’t point it out when we bought the place.

Fortunately, the bathroom is one of two rooms in the place that is drywall instead of plaster. The next project is, of course, drywall repair. Fortunately, that’s relatively easy. 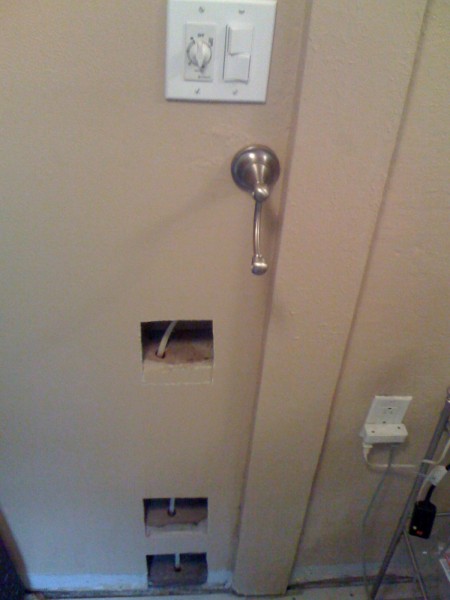