Once again, happy birthday to Brandon. It was certainly a fun evening of aimless wandering! The group started at Lovely Hula Hands, but I joined up afterward at the Driftwood Room. After arriving, some guy that we all HOPED was in an ironic costume showed up. He had platinum blonde hair that had better have been a wig and those large 70s-style sunglasses with wide gold rims… inside… in a dark bar. Everyone in the bar, at one point or another, turned around to stare at him. He and his more-normal-dressed ladyfriend ordered champagne (presumably — unless there was some other drink with a popping cork.) After that, we wandered in the general direction of Powell’s, only to realize it was probably closed. After more wandering, we went to Voodoo, went to Huber’s (and felt entirely out of place), and did a bit more wandering. A brief stop was made at Tube to use the restrooms. That was the first, last, and only time I am going there. Too hipster, too crowded, with the possibility of walking into someone doing coke in the bathroom if they’re too coked up to lock the door. Fun. It was then Montage for (spicy) mac & cheese, and finally home. A whirlwind of an evening!

A few weekends ago, I rode with Eric as he dropped off his rental car, and we wandered around town in the afternoon. This included places like the Rogue Brewery, a gallery that Brandon mentioned, some other gallery (I know there are a lot of galleries around town, but I really had not previously realized how many galleries per square block were in the Pearl), Stumptown downtown, some weird alley with a mannequin and a store and a bar, Eric’s porch, and The Basement. A few photos follow:

(Vector wrote about this concert on LJ) 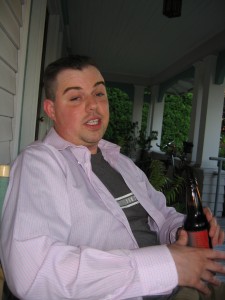 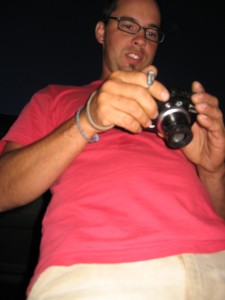 And a few pics from when Susie visited: 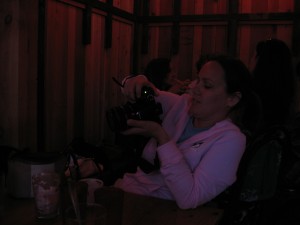 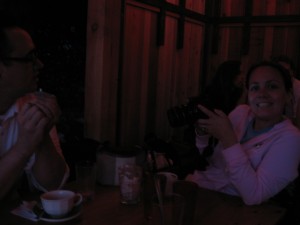 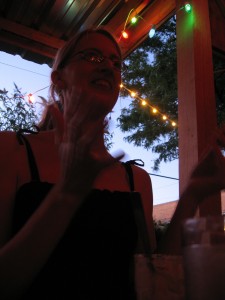