Please note that all blog posts before 8 April 2007 were automatically imported from LiveJournal.  To see the comments and any LiveJournal-specific extras such as polls and user icons, please find the source posting at http://brianenigma.livejournal.com/2005/07/

We had a fun and adventurous weekend “camping.” I use “camping” in quotes for reasons that will become obvious.

Kim and I packed up, drove to Tiffany’s, then hopped in her car for a trek out to the coast. There were several campsite options–all were first-come-first-served. The two hour drive went by pretty fast, as there was a lot of pretty scenery and a lot to talk about. Upon arriving at our campsite–at first in the wrong parking lot–we came to find out it was full.

The next closest campsite was about a half-hour away, but there was the Tillamook cheese factory along the way. I was hoping to reenact some scenes from Brian and the Cheese Factory, but alas, all of the machinery was behind tinted glass. Besides, it looked more industrial and dangerous than a scenic meadow made of dairy products with a cheez-whiz river flowing through it. There was no boat to take us to milky prototypes. The elevator was neither great nor glass. In fact, the whole thing was a little depressing. There were a dozen workers performing tasks on the factory floor, below the self-guided tour lookout points. They kept doing repetitive operations. I tried picturing myself down there working in a cheese factory for 20 years and saw it was impossible. I had a hard enough time trying to imagine doing that for 8 hours. In fact, 8 hours was a stretch and I could not see doing it for more than 1. 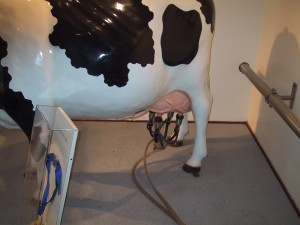 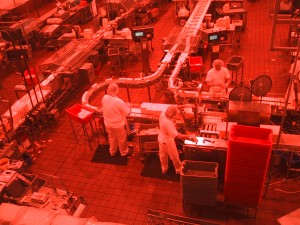 At any rate, the cheese mecca of the northwest has some mighty good ice cream.

We proceeded to the next campground–impeded slightly by the cheesy comestibles and slightly by the traffic slowdowns caused by the summer festivities of coastal towns. The main “highway,” which is often just a paved 2-lane road, tends to be the main street for most of these towns–the street on which festivities slow down traffic.

The whole costal area is a little spooky and quite nice looking. It is very heavily wooded and looking out through the trees you see what you would have expected to be clouds, had it not been sea-level. In fact, for a while there, I thought we were at a much higher elevation because of the types of woods and the “clouds.” It turns out that even during the summer time, the beaches there are a little foggy, dark, and foreboding.

We arrived at the beach campground, and even though it had 160-someodd campsites, they were already taken as well. Picnic time! We had a picnic on the beach. Even though it was well into the heat of day, there was a wall of fog that seemed to stop at about a quarter-mile offshore. It really was the strangest thing to see. I have a few photos, but they do not show the scope and oddity of it all. It really did look like there was a big spongy wall with a sunlight beach on one side and a dark, overcast ocean on the other.

On the beach, there was much cheese, crackers, and little salamis. The water was cold at first, but not horribly cold. Although nobody else seemed to want to, I had no problem at all wandering around up to my thighs in the cold water. I do not think I would have gone into deeper territory, though. Part of this is that I really dislike swimming in most oceans–that inability to see what is below freaks me out a little.

Kim brought silk scarves and performed some bellydance-type moves in the ocean wind. Tiffany brought her poi (not the fermented taro paste of Hawaii, but the balls-on-strings that get used to practice fire spinning.) I brought…. well, I just jumped around in the water, attempted to carve some pretty low-quality wood, and took pictures. 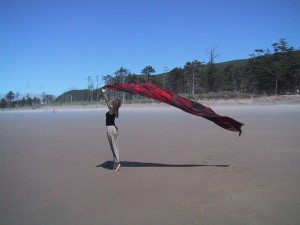 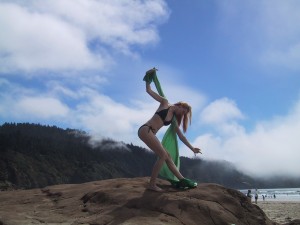 Compared to the beaches of California, this one was missing a few things. Specifically: cigarette butts, used syringes, broken glass, and superficial people.

Having given up on the idea of getting a campsite, we made the drive back to Tiffany’s. On the way back, we vowed to camp out in her back yard. Childish? Yes. Fun? Absolutely! We arrived, said “hi” to the cats, then pitched our tents. I whipped out the grill and cooked our gardenburgers. We sat around outside, chatting over dinner. Drums were brought out and we had a little drum circle going. With only three people (and myself inexperienced) and with Kim sometimes cutting out so that she could stand up and dance, it was a little weak. Okay, a lot weak. My mighty, sieve-like ability to carry a beat was unleashed. I sort of felt like that old Muppets episode where Fozzy The Bear sings, while skipping beats, “I’ve got…rhy-thm. I’ve…got rhy……..thm.” Eventually, the neighbors complained. Oops.

Breakfast of bacon and oatmeal was tasty. I used the grill, but Kim and Tiffany had to go inside to make pancakes. Bah, I say! Bah! How are you supposed to pretend to camp if you go in and use the stove?

Today was uneventful. We tried to go to the U-Pick blueberry patch, but they were closed for the morning. We then went to a farmer’s market in Hillsboro, where I picked up a crate of blueberries. That’s a lot of blueberries, by the way. We plan on freezing a good number of them, then using ’em in the winter. One of these weekends, we need to go out and pick some wild blackberries. Around here, they grow like weeds because they… well, they are weeds.

So anyway, I think that is the news of the weekend. If I remember anything new, it will be posted. 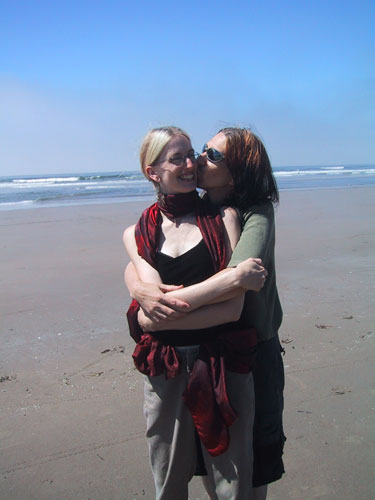