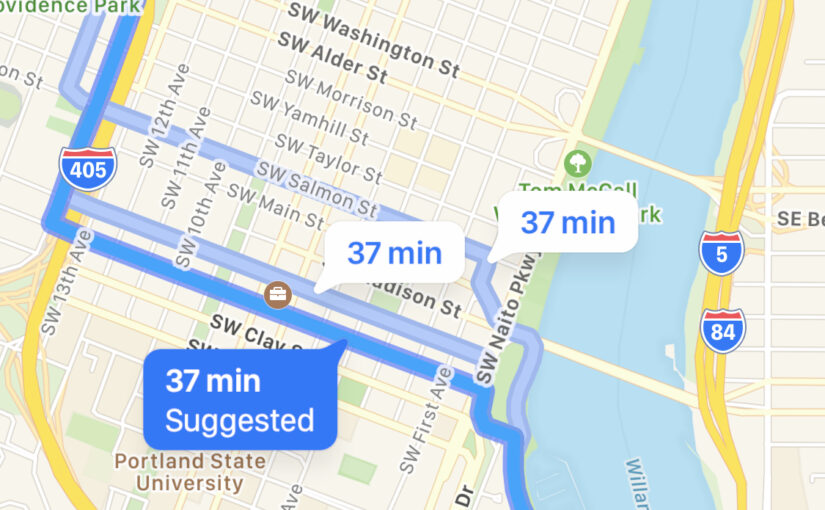 In this hashtag-time-soup era of the pandemic, office and home have blurred together. I’ve increased our reliance on delivery and decreased the amount of time I’ve been out in the world. I’d still take walks a couple of times a week, but it was always the same rut: a quick loop around the block. Randonautica hit the internet zeitgeist, and I found it to be a great tool for getting off my butt and walking around the neighborhood — I mean really getting out and seeing things, not just the same uninspired loop.

Although it was fun to read about, I never really “got” the spooky woo-woo of Randonautica. I especially didn’t get the pseudoscience of quantum random numbers and the magic spaces of attractors and voids. But I’d crank the radius down to the lowest setting and tell it to generate a point. I’d load that latitude and longitude into Apple Maps (for wristwatch-tap walking directions), and wander around the neighborhood, intentionally taking new streets and new paths. I find the walks to be a great morale boost — not just for exploring new areas, but because I brought along an intention I learned a few years back: “look up.” Look for chimneys. Look at treetops. Look for birds. Maybe that is its own woo-woo pseudoscience, but even if it’s a mental placebo of some sort, it works for me.

A few weeks ago, Randonautica stopped working. The app would launch with a message that it was temporarily offline. The “temporary” stretched days and the message eventually changed to point to an alternate app, a free Android app. I don’t have an Android phone and the Randonautica clones on the iOS App Store looked sketchy. They all appear to be predatory bottom-feeder knockoffs, with hidden fees and subscriptions. Well, as hidden as they’re able to get on the App Store.

Balking at the idea of paying $9/month to drop random pins on a map, I figured I could throw together a minimal webapp to do the same. I didn’t spend a ton of time, just a few hours — enough to have minimum viable functionality. It doesn’t use a cryptographically-secure quantum random number generator — not that I think it needs that. And it could definitely use some user experience and graphic design work. But it works well-enough for my purposes, and is in a form I can share with the world.

To try it yourself:

For the readme, description of the code, and the code itself, visit the RandoWalk Github project.