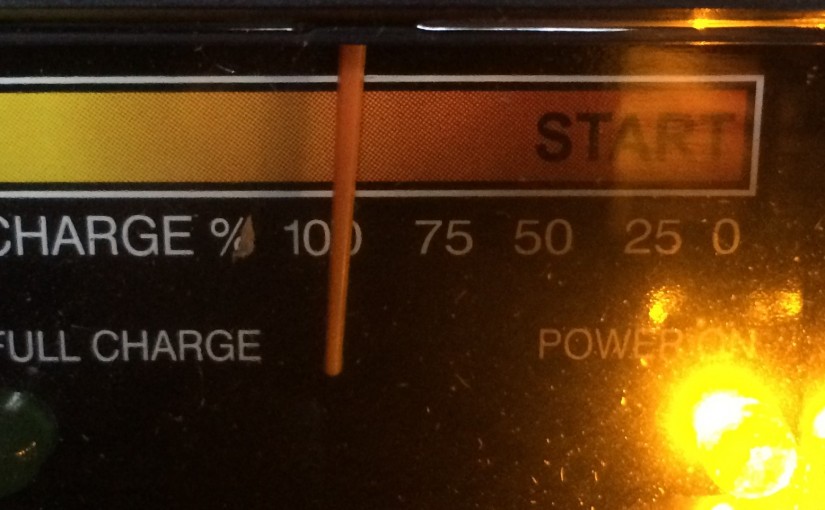 I would love to have an electric car. The vehicles that Tesla makes are slick machines with a lot of power and nice amenities, with a well-thought-out user experience. If and when I get a new car, it will definitely be electric, though I might lean toward something more practical like the Chevy Volt. It has a small gas engine, but it’s not hooked up to the drivetrain like most hybrids. It is strictly like having a Honda generator in the trunk of your electric car. It lets you top off the battery on-the-go. By the time I do eventually get a new car, I hope the prices of electrics have gone down and the diversity in choice and technologies increases.

I own an aging, but still serviceable, car — a dot-com era convertible. (Thanks, AltaVista!) I don’t drive it much anymore. I work five miles from home in a crowded downtown area so the bus makes more sense than a private car and an expensive parking permit. Plus, my company provides a transit pass. Kim’s van has far more storage than the four shopping bags that fit in my trunk. Car2go in this city is cheap and plentiful.

Because I rarely drive my car and because I’m not-so-great at even letting it run in the garage every few weeks to let the alternator top off the battery and to help the oil move around and lubricate parts, I often find I’m out of battery on the few nice sunny Portland days in which a convertible makes sense.

So basically, it’s like I have an electric car that I drove ’till empty the previous day. If I want to drive somewhere, I have to remember to plug it in the night before. And that’s how I simulate electric car ownership.