I work in the technical video field, so when watching digital video, I often notice things. Macroblocking, smearing, edge ringing, blurred edges. They’re the type of things that most “video muggles” don’t notice, so I tend to let them slide. This weekend I watched Grand Budapest Hotel and chuckled a little at the opening slate: 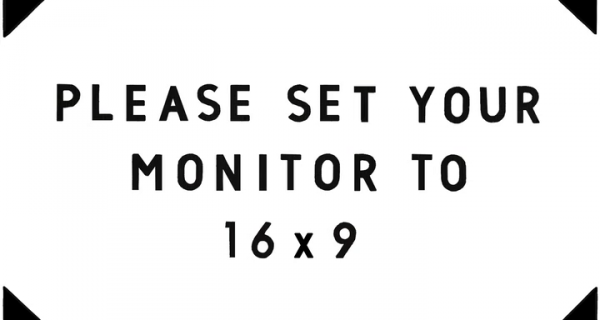 As if. I thought it was a little joke. Pretty much everything capable of displaying video these days does 16×9. I thought it to be something like “in stereo, where available.” I watched the whole thing, front to back, in one sitting, getting totally sucked in to the story. I don’t think it was Wes Anderson’s best, but it was still a great movie.

It wasn’t until later, when I went back to review a scene that I noticed. The aspect ratio was… odd… And that I didn’t notice the first time through just shows how strongly the story pulled me in.

It took a bit of fast-forwarding and rewinding, but I eventually concluded that the film uses FOUR different aspect ratios — one for each time period depicted. Okay, technically, three (but two different sizes of one ratio), and then the opening slate itself is a fourth or a fifth, depending on what you’re counting.

The movie is bookended by presumably modern-day shots of a girl visiting a memorial to “The Author.” These shots are the same 16:8, but they’re letterboxed down to a smaller size. They’re 1.85:1, or Academy widescreen. This is one of a couple of different non-proprietary widescreen formats that camera makers, studios, and theaters agreed upon in the 50s. The image size is the same as the “please set your monitor…” slate above, but I’ve highlighted the letterboxing in green. 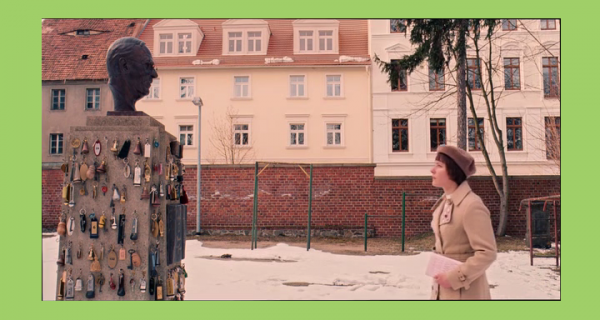 We get a few quick scenes of The Author speaking about his past, addressing the audience, narrating the story. These scenes end up being the same ratio, but on a smaller area of the print. 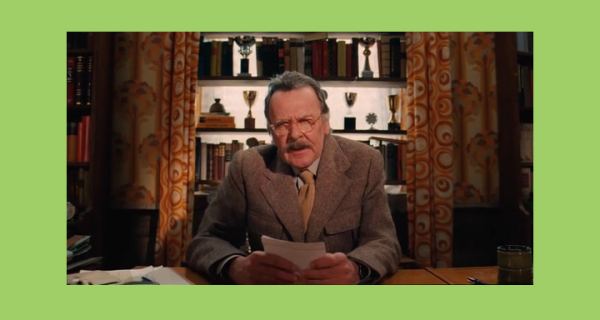 He talks of visiting the hotel in the 60s. The hotel has seen better days, but the reluctant owner has a few stories to tell. 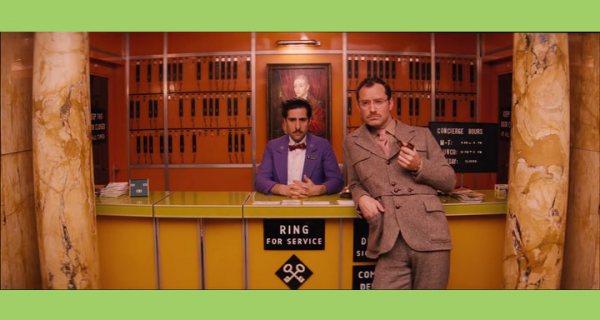 This is a full edge-to-edge aspect ratio, 2.31:1. It’s a different academy widescreen standard that’s a bit more wide than the other.

When we delve into the hotel owner conveying stories of his days as a Lobby Boy in the grand heyday of the hotel, we switch to a very odd 4:3 aspect ratio. You’d recognize it from older standard-definition TV. You might even recognize it from the original Edison movie equipment. 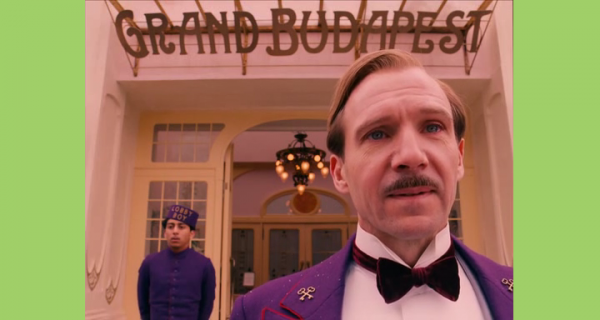 Each era, each with a different resolution or aspect ratio, all a subtle part of storytelling. And yet, oddly, the storytelling was strong enough that I missed it the first time through.

One thought on “Storytelling through aspect ratios”