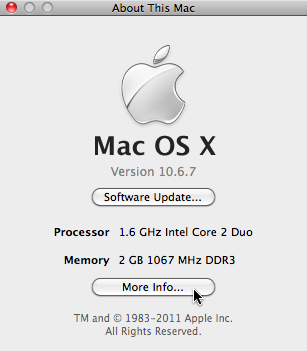 The OS X Lion release is just around the corner and although they are streamlining things and adding new features, they are dropping one specific feature.  As you might know, many years ago Apple switched the core chip in their computers from IBM’s PowerPC to Intel’s line of processors.  To make that transition easy, they bought a technology called Rosetta that translated PowerPC applications to Intel applications in near-realtime so that all your old [PowerPC] apps still worked on the Intel chips.  It was (and remains) seamless.  With Lion, they are sunsetting Rosetta, meaning any old PowerPC-based app you may still have kicking around will no longer work.  But which apps are which?  The blessing of seamless app translation is also a curse in that you may not immediately know what apps are the “old style” PowerPC kind.  Fortunately, finding out which is which is surprisingly easy, once you know how.

First, you need to launch the System Profiler. This is easiest accomplished by going to the Apple menu, selecting “About This Mac,” then choosing “More info…” 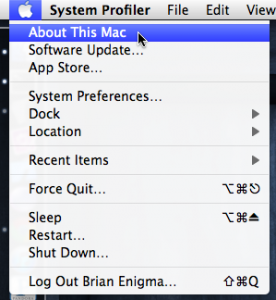 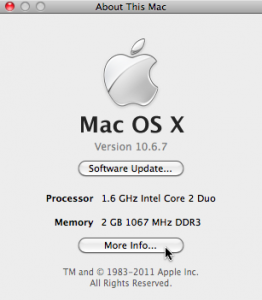 This launches the System Profiler app. Go to the Applications section under “Software.” 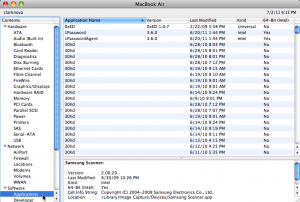 This will show you a detailed list of all the software on your system. We are specifically interested in the “Kind” column, so click on that column header to sort by that column. 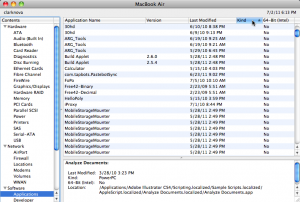 Scroll down until you find software with the Kind marked as “PowerPC.” If you have no such section, you are in luck! Your system is all set! If you do have PowerPC apps in there, be aware that those will stop functioning within OS X Lion. You will either need to upgrade them (assuming the publisher has released Intel or Universal versions) or find alternatives. 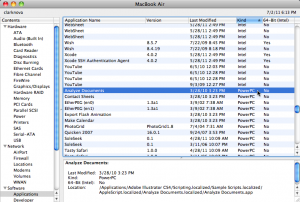 One good place to start looking for alternatives is also in the Apple menu.  Click on the “App Store…” option under the Apple menu and you will not only find a great library of apps, but all apps there will automatically update themselves.

2 thoughts on “Are my apps ready for OS X Lion?”