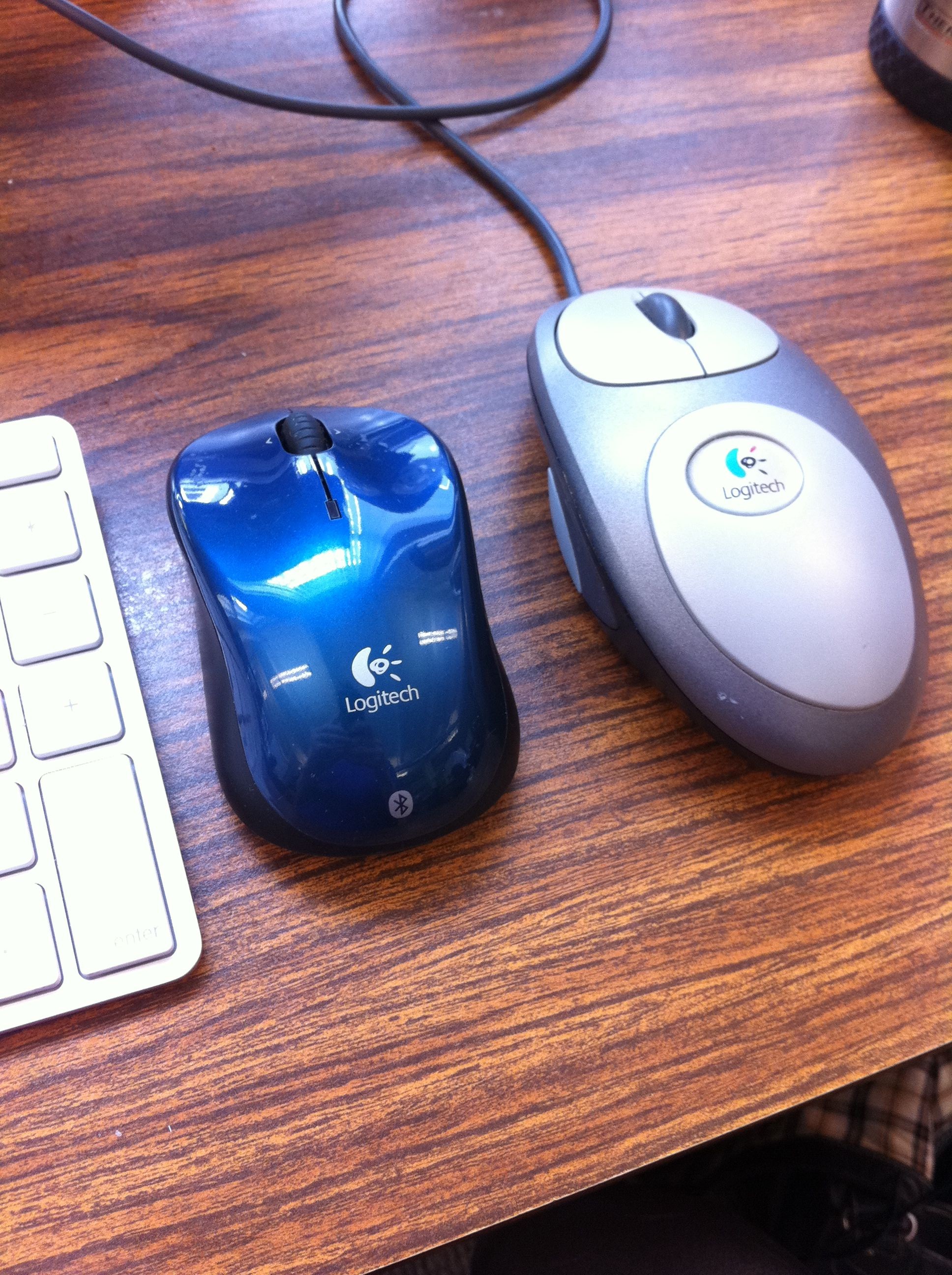 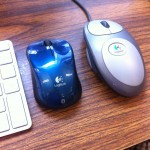 I’m having a bit of difficulty finding a mouse I like at work. I really enjoy the magic mouse on my Macs at home, but at work I share time between a Windows and Linux system. Under Linux, you really need a center mouse button. There is a way to kludge a solution for a lack of middle button under Linux: namely configure the mouse so that simultaneously clicking left and right emulates a center. Due to the Magic Mouse’s firmware, there is not actually a way to do this. Based on its capacitive sensors detecting the presence or absence of your index finger, it will signal either a left click or a right-click, but never both. So the Magic Mouse is a no-go.

I recently stopped using a Logictech Bluetooth mouse (model V470).  It mostly got the job done, but there is something a little “squishy” about the movement due to the wireless, made even worse by repositioning my computers under the desk. There is a certain amount of latency, of lag, between the mouse movements and the screen’s pointer movements. In most cases, it is imperceptible, but at times it is bad enough to be downright annoying. It even seems to get worse as the computer becomes more heavily loaded (which describes my work computer most of the time). The scroll wheel can tilt slightly left or right to indicate two extra kinds of clicks, but it clicks a little too easily, so I had to disable that. And overall, the mouse feels a little small and awkward in my hands.

I brought in an old Logitech MouseMan Optical Dual Sensor. I would link to it, but it no longer has a product page, only a press release from 2001. I like the overall form factor. It has a good ergonomic style and the simplicity of left button, right button, clickable scroll wheel, and thumb button. The scroll wheel, though, is a little too loud and clicky. I do not know if it was always like this, or if this is just the mouse showing its age. It is a good temporary solution, better than the lagginess of the wireless, but the scrolling won’t work for me long-term.

I looked at a few mice at the local office supply store the other day. I wanted to stick with wired, considering my Bluetooth problems with the computer being placed under the metal desk. That severely limited my options at this particular store to the cheapy-cheap, less-than-ergonomic mice (no thanks) and a couple of gamer mice. The gamer mice all had free-flowing scroll wheels that either did not ever click or did so in a nearly impercievable way. It felt like the fully-free scroll wheel might be a little too imprecise, but they had none hooked up to computers for me to really tell for certain.

Mentioning my mouse woes on Twitter brought in a few suggestions, mainly for gaming mice: Logitech G5 (@mendel), Logitech gaming mouse (@jojomodjo), and even the Magic Pad (@vpisteve). I would love to use a Magic Pad, but I do not know if the Windows drivers have the same inertial scrolling as the Mac (the Magic Mouse didn’t), nor will it solve my middle-click problem. In fact, it may introduce a new (lack of) right-click problem. It looks like the G500 obsoletes the G5, with the latter currently unavailable.  I may take a closer peek at that.

Do you have a mouse you like? More importantly, do you write a lot of code and have to scroll through it often, AND work under Linux+Windows, AND have a mouse you like? (For me, the mouse and keyboard plug in to Windows, then are shared over to the Linux system via Synergy so direct Linux support of obscure mouse features or settings isn’t a problem — or at least sometimes becomes a different sort of problem.)