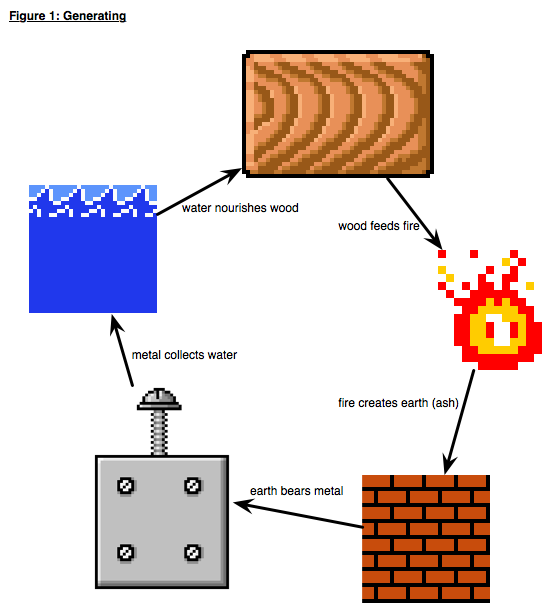 It seems like all engineers like to name things in clever ways along a common theme.  Most often, this manifests itself in the names of computers.  All of the servers in a given server room or individual rack might get named after Simpsons characters, the seven dwarves, the seven deadly sins, the nine greek muses, the eight planets, and so on.

I work at a company that has conference rooms named after the four original elements: earth, air, water, and fire.  Due to some remodeling and growth, we will get to add a new conference room.  One of the first questions is what to name it.  We could start a new naming theme, but we sort of painted ourselves into a corner with the four elements.  Or did we?

Actually, the Wikipedia Page on the classical elements shows quintessence/quint/æther/ether as a fifth element (not to mention alternatives like Leeloo Dallas, Captain Planet‘s “heart”, and a variety of fictional elements like unobtanium), so there is a bit more room to grow there.

The actual reason for this post is to point out something fun I saw in looking over the classical elements.  In China, they do not use earth, air, water, and fire but instead have wood, fire, earth, metal, and water.  Not only that, but they have a great little rock/paper/scissors/lizard/Spock thing going on in the way one element spawns or negates another.  (Of course, to be a true rock/paper/scissors/lizard/Spock, there would have to be arrows across the diagonals, not just around the outside — I leave it as an exercise for the reader to invent those.)

To better illustrate, I would like to present the cycles in Mario Brothers bitmaps: 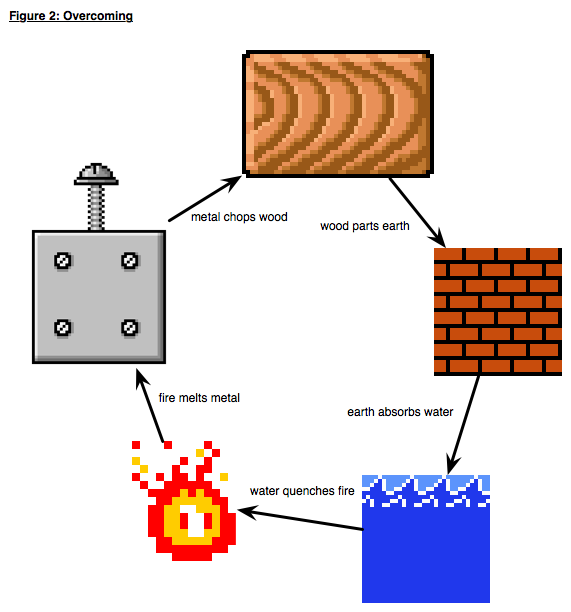 Yes, this is what happens when you spend too much time getting sucked into Wikipedia.