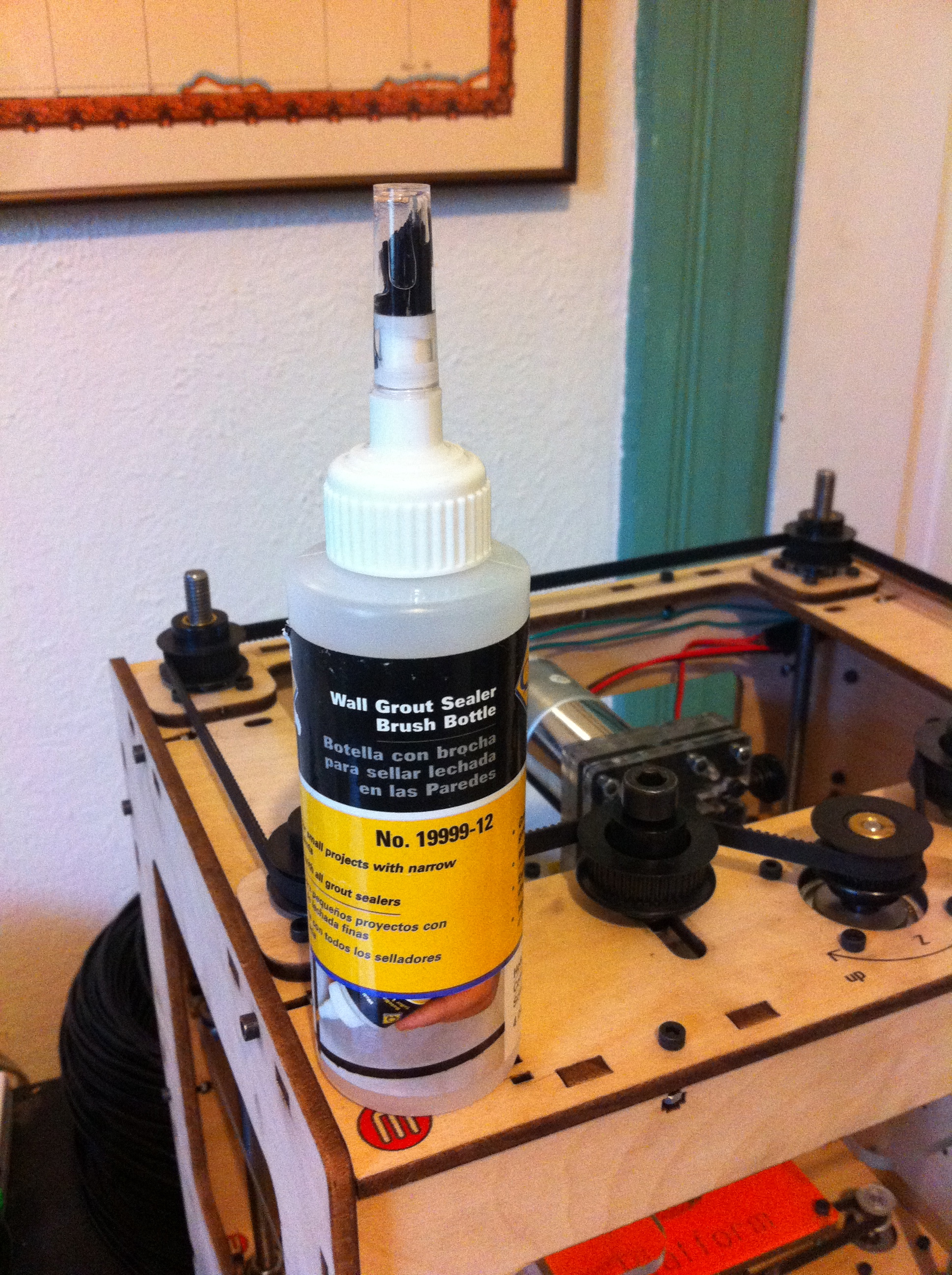 I have now had my MakerBot since about the beginning of the year. I have blogged a bit about the theory and assembly and had reached a fairly steady-state in its functionality and behavior, which improved greatly in the past week.

You see, I have always had a bit of a problem with print-head jams. There are two different causes for this. The first, I can’t do much about. The extruder motor is analog, whereas the rest of the moving parts are digital stepper motors. This means there is often extra “drool” when printing. Normally, this is not a big deal, but occasionally this excess plastic builds up and solidifies enough to hinder the movement of the print-head. It jams in to the obstruction and causes something to jump a gear, offsetting the rest of the print. Unfortunately, there is not much I can do about this until I upgrade to the Stepstruder Mark 6 print-head.

The other problem I have had is with the movement of the Z-axis. The Z-axis is sort of a table on which the print head sits, with threaded holes in the four corners that then slide up and down four threaded rods. I would see this bind, ever so slightly, for some reason, several times during prints. In the best of cases, this just meant that layer is a fraction of a millimeter thinner than the others — no big deal in the grand scheme of things and not at all noticeable in the finished product. In the worst of cases, this exacerbates the print-head drool, making it more difficult for the print-head to have enough clearance to get over bad areas. The problem seemed to get worse the higher-up along the Z-axis the print-head traveled.

I originally thought this problem might be due to the spacing of the holes on the Z-platform — that maybe one or more were a little further out than expected. This would cause the Z-axis rods to bow outward a bit. This would not be a big deal in the middle, where the rods have the most flexibility to bow, but would cause more and more problems as the Z-table got higher. I now do not believe this to be the case and suspect it was just a simple matter of lubrication, with the most frequent movement and wear along the middle and the least movement (and therefore most dust and crud buildup in the threads) higher.

The MakerBot community says you should keep the thing well oiled. They stress this a lot and I largely ignored it. I meant for weeks to go out and get some bike chain oil, their recommended lubricant, from the local bike shop. I never got around to this because they close relatively early and are not open on Sundays. Then @feedle pointed out that my wife, a fashion designer and seamstress with a large sewing machine shop of her own, probably had sewing machine oil on hand. Duh! There’s a gallon jug of that stuff in the basement!

I found that a “wall grout sealer brush bottle” works surprisingly well for applying oil to the thirsty MakerBot. 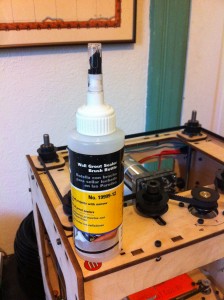 This bottle makes it pretty easy to apply oil to the various slide and screw rods: 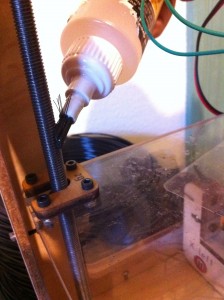 Oiling the Z-rods greatly improved my build quality, but there was still the occasional telltale squeak-grind, indicating something was binding and causing the Z-stage to not move up as far as the controller thought it moved.  After some careful listening, this turned out to be the tension pulleys.  Oiling where the bolt goes through the pulley made it work even better.  The Z-platform movement is no longer squeaky. 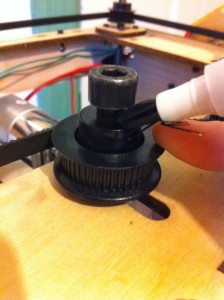