Today was a white Christmas! ’round about noon, it started snowing for a few hours. These photos were pretty early in the snowiness. Later, it rained and washed the snow away (and probably a few itsy bitsy spiders, too.) 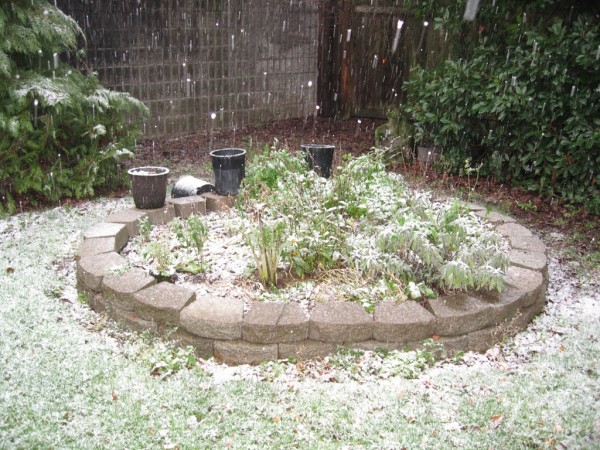 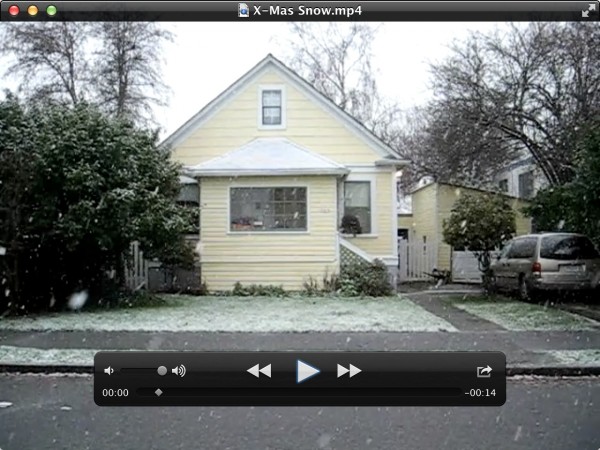 i have completed gutting the non-load-bearing things from the basement. (As a sidebar, every time I hear or use the term “load bearing,” the first thing that comes to mind is the “load bearing goth” from this particular Cliff Yablonski Hates You at Something Awful.) Tomorrow, we clean and route new power from the breaker box for Kim’s machines. It turns out the thing I thought to be hard (routing new power for her machines) is easy and the thing I thought was easy (fixing and modernizing the existing lighting) will be difficult. Entirely too much of the turn-of-the-century knob and tube wiring is active, live, and spliced in and out of pieces of the existing modern wiring, grafting the old and new together in unusual and unexpected places. This explains why the majority of the three-prong plugs don’t actually have a functioning ground.