Please note that all blog posts before 8 April 2007 were automatically imported from LiveJournal.  To see the comments and any LiveJournal-specific extras such as polls and user icons, please find the source posting at http://brianenigma.livejournal.com/2005/10/

We saw a band tonight at Acme that was basically a female and slightly more rockin’er Joy Division. It featured an overmodulated Casiotone keyboard, overmodulated bass, unintelligible singing. I have no idea who they were, other than “Special Edition,” except I do not think that was the name of the band. The main girl kept saying that they were the special edition of something-or-other because I guess they had a different bass player or something. The bass player, by the way, had an enormous extension cord and would wander out into the crowd while playing. Anyway, they were really energetic and fun, and the music was good live, but it is doubtful that it was something I would purchase to listen to at home. Their first song had the repeated lyrics “rock out with your cock out.” 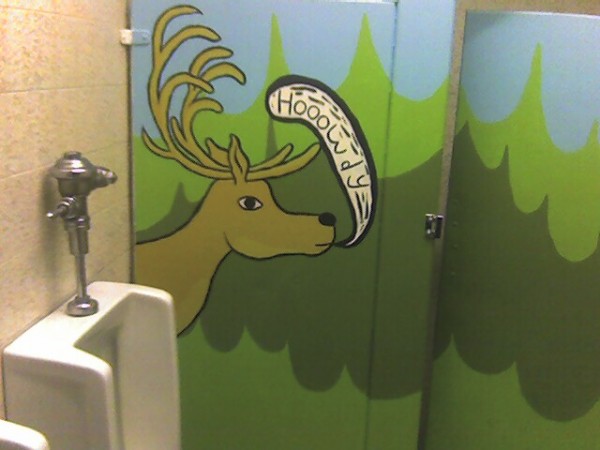 P.S. Eric sent a text message saying they are called Riddenpaa, for what that’s worth.