Please note that all blog posts before 8 April 2007 were automatically imported from LiveJournal.  To see the comments and any LiveJournal-specific extras such as polls and user icons, please find the source posting at http://brianenigma.livejournal.com/2004/09/

This weekend's food adventures started with Montage, right under the Morrison Bridge, on Friday. This is an excellent Cajun style restaurant. The food is a bit pricey, but the quality more than makes up for that. The atmosphere sort of reminded me of places like Joe's Crab Shack back in OC. For instance, Kim and I sat across from one another at a long table with random people seated to either side. There were several times when I had “OY-STERS!” screamed over my shoulder as people behind me ordered oyster shooters. Someone had a birthday, so they made a chalice of foil and set it on fire, in lieu of a cake and candles. The food was delectable! Savory! Scrumptious, even. There was an alligator appetizer followed by Kim getting some crawfish and I getting some blackened salmon. This was, quite literally, the first blackened anything in at least two years I have tasted that was authentic. Seriously, guys, adding “cajun seasoning powder” does not a blackened dish make.

This weekend's food adventures ended with a rather bland casserole. It came from one of my recipe books and was a first run before experimenting with ingredients. It certainly needs more flavorful vegges and spices next time around. Fortunately, I made some tortilla chips and Kim made some of her patented[*] award-winning[**] guacamole to offset things.

[*] not actually patented
[**] has not yet won any awards

This weekend was also the painting party. See the previous post for the picture link. It was quite fun and I am glad that everyone showed up. I still have a growler of Bridgeport in the fridge. How long does on-cask ale last, anyway? Will it make it through the weekend, or do I need to chug it all tonight?

I finished the Angel DVDs yesterday. I did not exactly like this season as well as others, but the “cliffhanger” was quite interesting. I cannot wait to see how it resolves. Tonight, I started watching Harsh Realm, a short-lived TV series from Chris Carter (of X-Files fame) that was released back when The Matrix came out. It is kind of fun, but a blatant ripoff of the movie. Plus, it is rather annoying to be constantly hit with philosophy (not just Descartes, but also Hobbes in this), King Arthur legends, and mythology. The soundtrack is rather nice, though, with people like Prodigy, Moby, and Rob Zombie.

At work today, we finally got the blank boards for our new motherboard back from the people making it. It took all day for the people on the manufacturing floor to program the machinery to place all the parts. After visually inspecting it, plugging it in, and testing a few voltages, it was determined (by first or second degree burn on Gene's finger) that one of the chips was installed backward, was overheating, and might have fried the power supply in the process. On the bright side, this gives me another couple of days on the firmware schedule.

The ongoing adventures of Brandon's Fridge 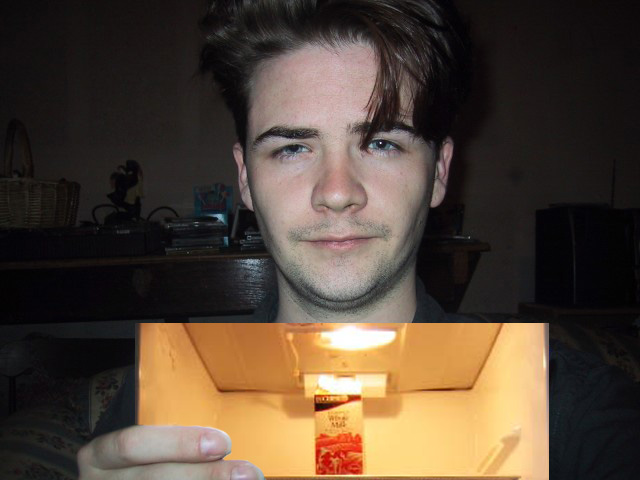 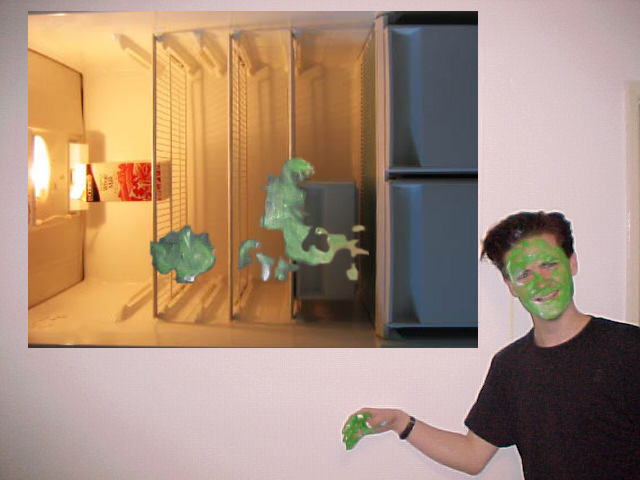