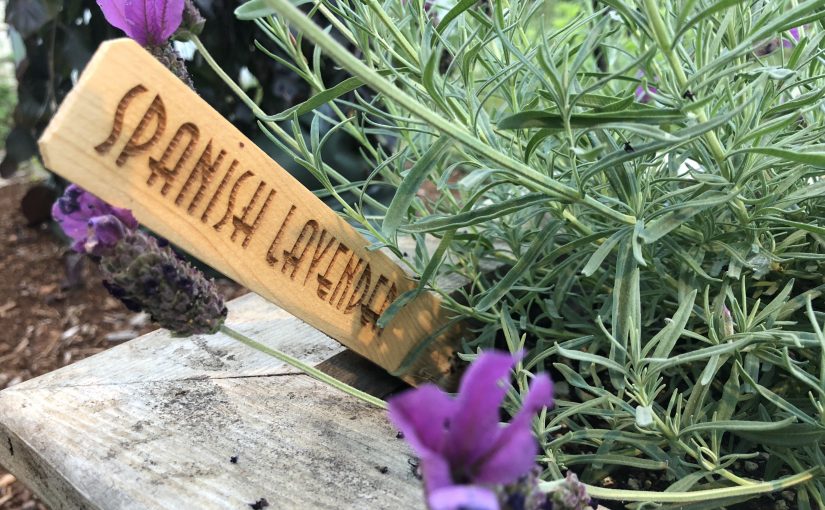 One big thing that happened in my Maker life, back in November, was that I became the proud new owner of a Glowforge laser cutter. I’ve been so engrossed in little projects for it, that I completely neglected to write anything about any of them.

A few weeks ago, I was preparing to move some plant starts from their incubator in the basement out into the garden. I needed a way to mark, for instance, which cucumbers were Alibi Pickling and which were Parisienne Cornichon de Bourbonne. A few years ago, I used letter punches on recycled cat food cans:

With a laser cutter, I figured I could do better. I have some plain garden stakes. In theory, you can drag your artwork into the Glowforge UI, exactly where you want it, and it can etch that text. In practice, it cuts/etches a little higher than what you see. I needed a way to account for that, so I made a simple jig out of cardboard. 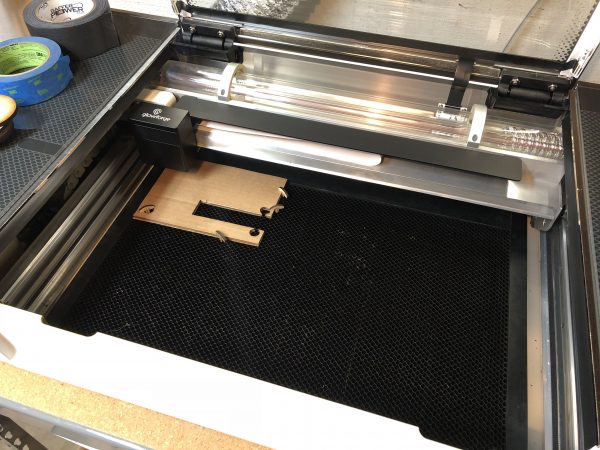 I then built up some artwork that appeared to put the text in the right place in the UI and hit the start button. What I got was text higher than I expected, so I made a few measurements. 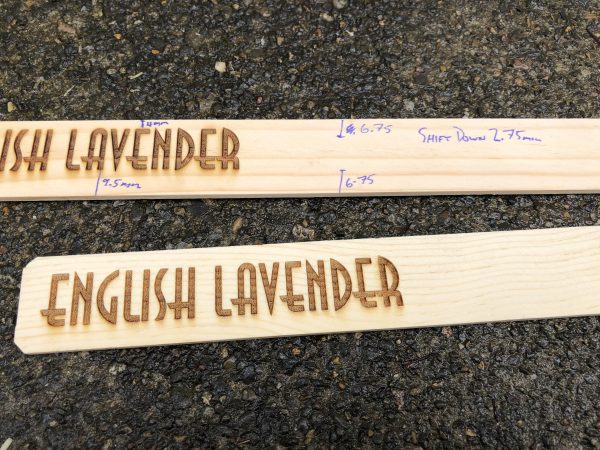 I then adjusted the artwork itself to compensate for this drift.

Ultimately, I ended up with some pretty sweet garden markers. 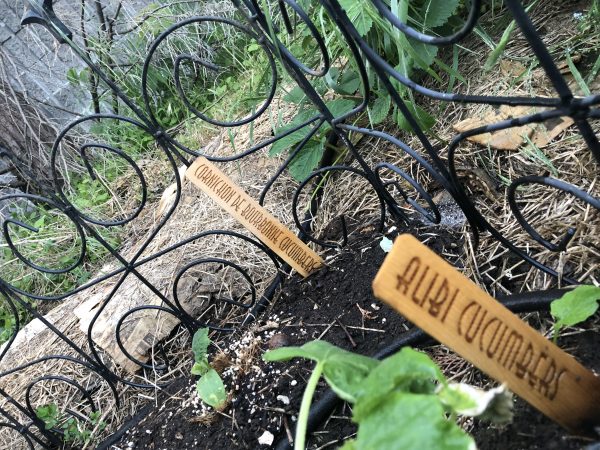 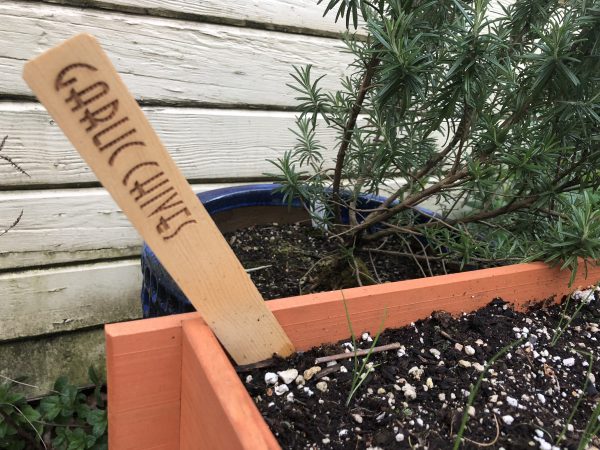 Below is a time-lapse video of the Glowforge in action:

One thought on “Complicating Simple Projects With Lasers”