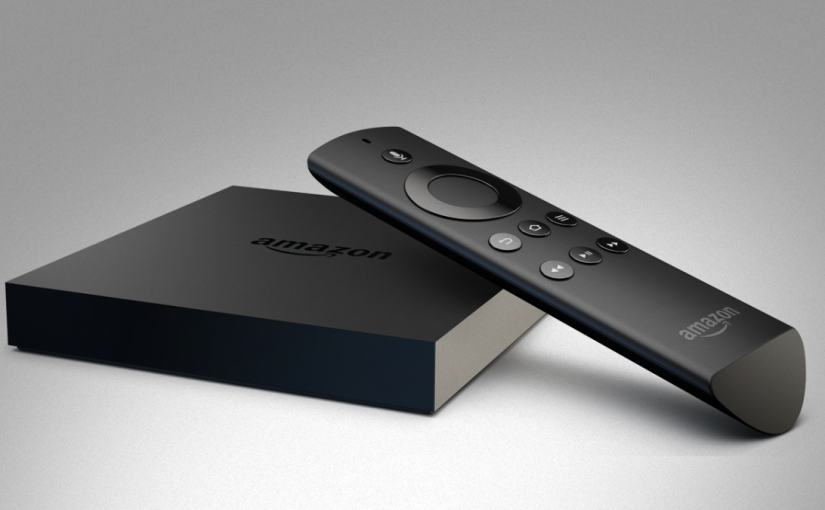 A few months back I picked up an Amazon Fire TV. I’ve had an Apple-centric household for many years and have been a strong supporter of the Apple ecosystem, but a couple of things changed that caused me to evaluate the Fire TV.

First, iTunes is where all my media lived. This used to be great. Everything is ordered and normalized. iTunes stashes the files on disk in a layout that I appreciate. As more cloud-related features got stapled to the rickety scaffolding of iTunes, I found it to be less and less reliable. I subscribe to iTunes Match so that I can listen to my music on the go. All my media lives on a single local machine, the “gold master” of my music collection. Yet occasionally I find it can’t play or sync a file because it’s gone. I have to re-download it from Match, which is a little scary considering the file should have been there to begin with.

Second, the categorization is a little bit weird. Sometimes TV shows and movies I rip from DVD and Bluray show up in the proper place. Sometimes they’re “home movies.” iFlicks usually helps with this, but not always. Additionally, navigating the collection is a little weird on the Apple TV. Modern Family Season 1 through Modern Family Season 7 are seven different top-level items. This makes the top-level TV menu way too long. I should be able to pick a show, then a season, then an episode.

Third, the new Apple TV remote is crap. It looks beautiful but accidentally brushing across the glass surface of the remote as you pick it up shouldn’t randomly fast-forward or rewind your video, with no great way to return to where you were. You shouldn’t have to log in to Wifi or your iTunes account by entering a complex password on an excessively long linear strand of alphabet, with the Apple TV iOS app no longer functional. These are usability problems that should have been (and had been in previous models) worked out before the new model shipped.

Given all this, I thought I’d give the Fire TV a try. And now I’m sold.

I’ve slowly been porting my movies and TV shows over to Plex. Setting up a Plex server is not as intuitive as throwing media into iTunes. It’s a background service that you interact with through a local web interface. First setting up TV and Movie categories mostly made sense to me as an engineer, but was not as intuitive as I’d expect from a polished product aimed at the mass market. The Plex app for the Fire TV is super intuitive and easy. The iOS app is easy to browse and play, but syncing files for offline viewing might need a little more polish in the user experience department.

The standard apps like YouTube, Twitch, Netflix, and HBO work as expected on the Fire TV. No complaints there. Easy and straightforward.

My biggest worry was losing AirPlay support. That’s the proprietary Apple protocol that lets you stream videos and music from your iPhone or iPad to an Apple TV. It’s great for sharing a quick video without making everyone crowd around a phone screen. I know that a few folks have worked on reverse-engineering the protocol, and I’ve seen a few Mac apps floating around that take advantage of this. I had no idea there was a native Android/Fire TV app that acts as an AirPlay server until I saw one mentioned in an article. 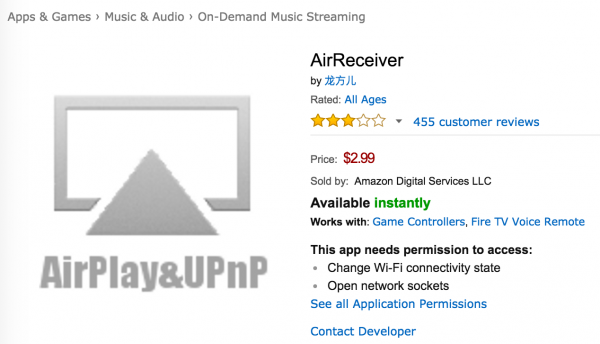 AirReceiver looks a little bare-bones in the Fire TV appstore. It even looks a little barebones when installed. But it does exactly what it’s supposed to do. It sits in the background — you don’t have to specifically launch it — and pretends to be an Apple TV. It sits on the network, acting as an AirPlay destination. I can send videos, podcasts, and Spotify music to the Fire TV without any problems whatsoever.

So while I was a little dubious that the Fire TV would replace the Apple TV — in reality I’ve had the Apple TV unplugged for three months and nearly forgot about it entirely.