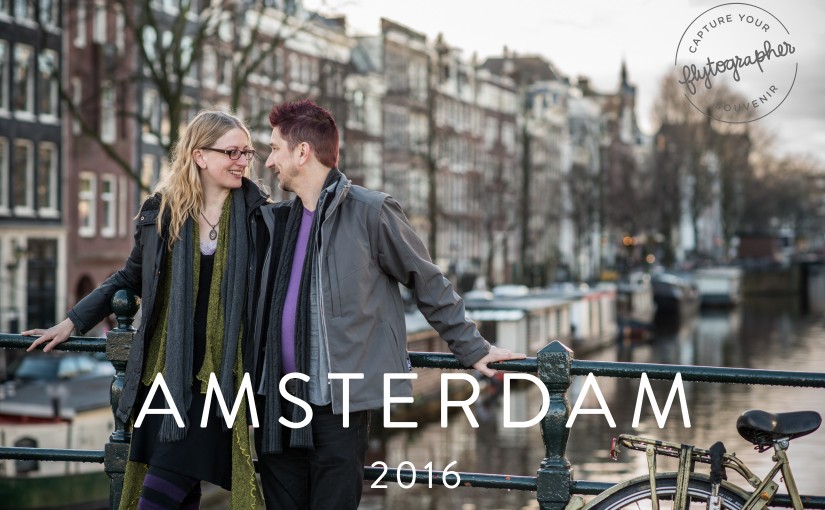 I have friends who recently took a trip to Paris. When talking about their trip, they had some wonderful photos of an afternoon, on cobblestone streets and at monuments, taken by a professional photographer. It turns out that there’s a service called Flytographer that works as a sort of broker between people vacationing abroad who want photos and local professional photographers in those cities. It saves you the burden of researching reputable photographers, communicating, and scheduling. They vet the photographers and take care of the communications. Flytographer also acts as an escrow, taking the worry out of the financial side. They charge you in local currency and ensure the photographer gets paid a fair rate and sends the photos to you. I guess you could say “it’s like Uber, but for photography.”

I’d never considered professional photos before, but fell in love with the idea. I booked an hour for Kim and I with Louise on the canals during our Amsterdam vacation.

We received dozens of photos from the afternoon, but one of my favorites is this picture of us taking a selfie: 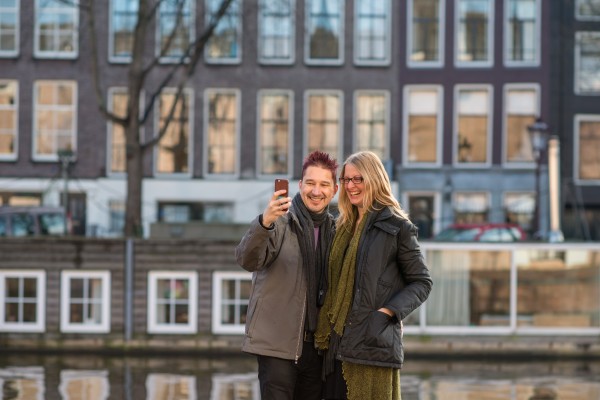 The selfie itself happened moments later: 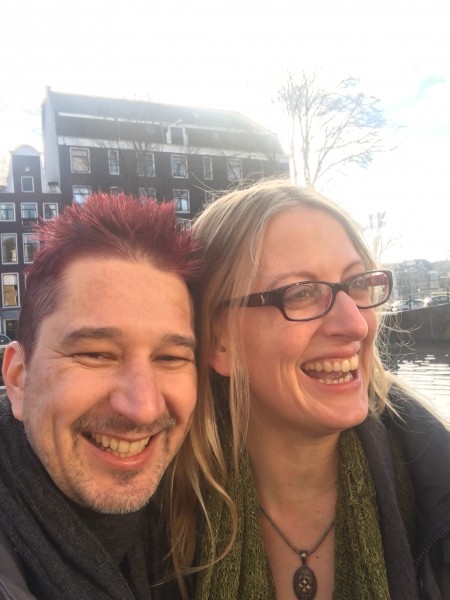