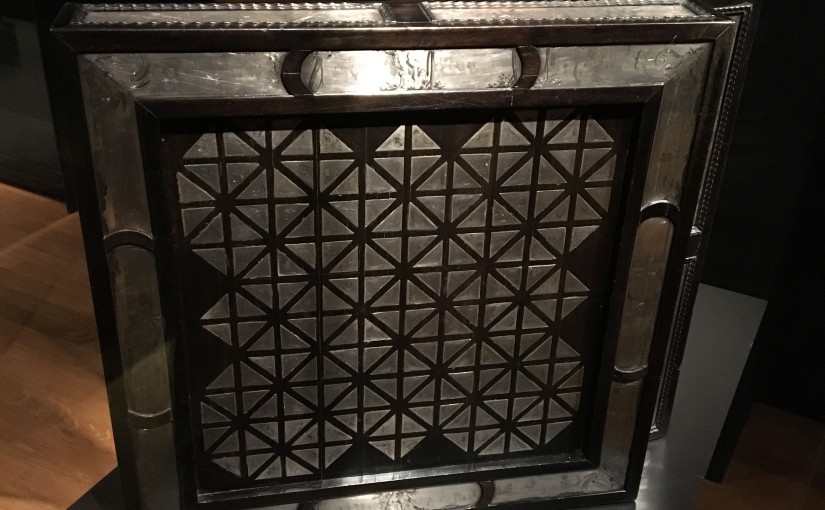 While on our Amsterdam vacation, we dropped by The Rijksmuseum. Although there was a ton of stuff to see, and I took numerous pictures, I’m sharing only a small subset of them here.

There was some great stuff in the weapons section. Below, you can see a powerful crossbow. It has a stirrup on the end to brace it as you crank the tension. You can imagine that this thing as exponentially more power than a standard bow and arrow. Near it is a polo shirt made of chainmail. I can just picture hipsters getting wind of this and walking around Portland in metal polo shirts with ironically popped collars. Under that is a thing that looks like a gun, but it’s a scientific instrument. It measures the purity and strength of gunpowder. You load it with a specific measured amount of gunpowder, fire it like a gun, but that spring-tensioned cog up top rotates around in reaction to the explosion. How far it rotates tells you how much energy was released from the black powder.

Next up, we have the BIG weapons. This two-handed sword is as big as a person! As best as they can tell, it’s not decorative or ornamental. It was a real sword used in real battles. I can’t even imagine trying to swing that thing around. 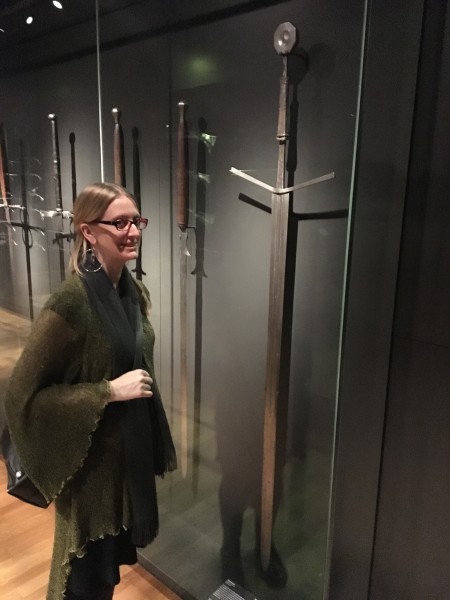 Similar in lunacy, but more modern, is this 3 meter long swan gun. Somehow, you aim this monster at a gaggle of geese and fire it off. It shoots out a shotgun blast, but very, very far. I have no idea what kind of kick this thing would have, but I bet aiming it required more than one person. 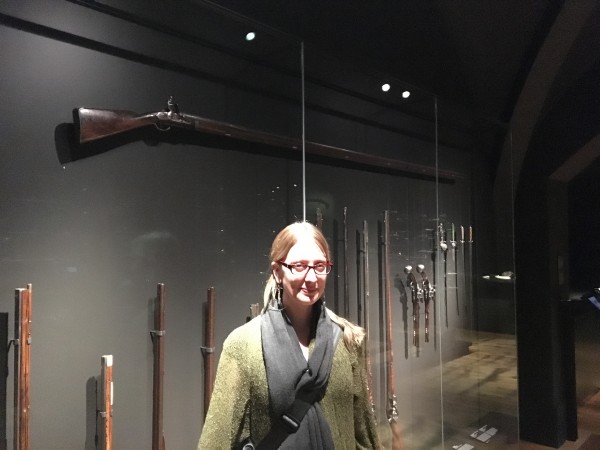 The music section was small (and part of it replaced the now-gone and even smaller clothing section). This thing is a “sewing box piano.” It’s combination piano, sewing box, toiletry kit, and writing desk.

Next we have a pair of “pocket violins,” or pochettes. Dance instructors used these to alternately play music for students to dance to or put in their pocket for hands-free instruction and demonstration.

And here we have… I don’t know, a Cyberman or something? And a piano player. Note that this is NOT a “player piano” but a “piano player.” The concept is similar: music to be played automatically is stored on a punchcard roll that mechanically tells the piano what piece to play. But in this case, the machine itself doesn’t make the sounds. There are 88 little mechanical fingers on an overhang that you push right up against your existing fancy piano. Those mechanical fingers then play your piano. It seems a little weird, convoluted, and Rube Goldberg, but I guess it worked.

There were several models of optical telegraph on display. They are effectively very large semaphore towers. I’d read about them before but had no idea how widely and commonly they were used from the 1700s onward.

And ones using a different style of coding:

You know those 20-in-one board game sets? They usually come with chess, checkers, backgammon, Chinese checkers, tic-tac-toe, and a bunch of others. They’re often cheaply made out of wood. They’re more prevalent around Christmas as a gift to get that kid you know nothing about. Well, I got to see one from 1600 made of oak, ebony, and silver. Inside, which was also piece storage, was something similar to backgammon. On one outside surface, the chess/checkers board is etched with animals. On the other is an alquerque game board, which works like checkers, but with a lot more directions to move.

Next we have some fancy engraved dominoes. This “spin the bottle” drinking cup was likely used to pick who gave the first toast. And finally, a puzzle jug, which I like in concept except “solving” it involves not pouring the liquid, but sucking it out through the spout like a straw. In my opinion, the drinking vessel stops technically being a jug and progresses into adult sippy cup territory with that move.

Finally, we have this pretty cool cup that has a 6-sided die enclosed in the base. Exactly how it was used, or for what game, is no longer known. 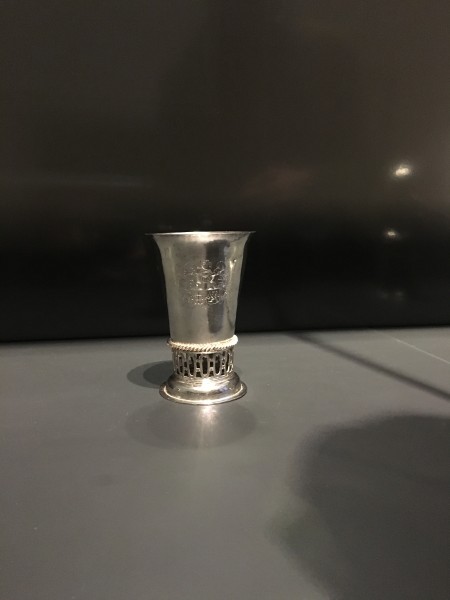 I spent a lot of time looking at the locks and keys they had on display. 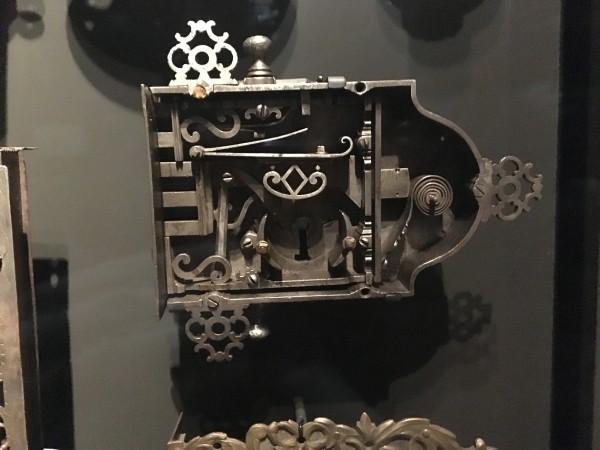 One of my favorites was the dude in the following picture. You kick his leg forward to reveal the keyhole, which mates with that beautiful key to the right. Every time you unlock it, the large counter dial increments. This acts as an indicator of whether someone else messed with your stuff while you were away. 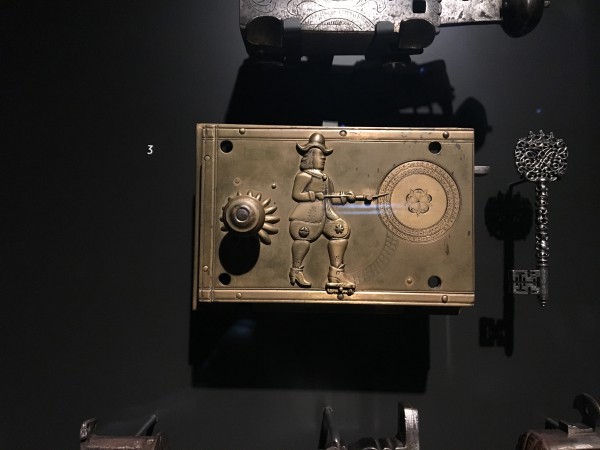 I mainly took a picture of this storage chest for the interlocking flame designs on the side. The chest itself was the most plain and boring of the several ornamental chests on display, but I liked the tessellating flames.

And that’s it for now. I should have two or three more Amsterdam vacation posts coming soon.