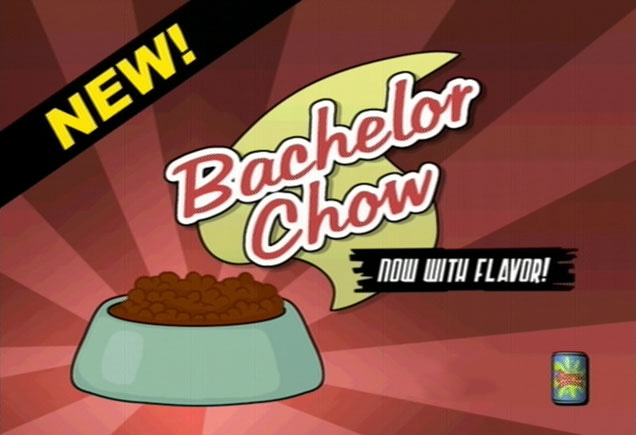 Soylent has been on my radar for about a year. For those not in the know, it is a meal in powder form, to be mixed into a shake. It’s not people, nor is it soy. It’s more like a breakfast shake, but not focused on weight loss. It is, instead, focused on giving you the exact calories, vitamins, minerals, and nutrients you need — the stuff you’d otherwise get from a “real” meal (at least, a healthy one) — with minimal prep time. It has the added benefit of being cheap (about $3 per meal).

If you go to their website and watch the intro video, it almost looks like a parody. It might have been designed by Hooli [XYZ] on the TV show Silicon Valley. I guess part of that is bay area tech culture side-stepping into food, health, and nutrition. In fact a lot of it borrows from software principles. The recipe is Open Source, meaning they transparently share the ingredients with the world, to better accommodate peer review and solicit feedback on possible improvements. They use software-like revision numbers each time they change the recipe, complete with release notes. They foster online communities to let users share their experiences and recipes.

As far as Soylent users go, some people go “all-in” and eat three meals of Soylent a day. Some use it as a lazy last-minute meal. I know of at least one couple who does Soylent during the week to save time and money, then splurges on fancy restaurants on the weekends.

For me, I’d be in that occasional/lazy group. I enjoy a variety of foods and am fortunate enough to work near a world of interesting food cart cuisine. I like food, but dislike cooking and cleaning up. Sometimes I get home late — after returning from a yoga class, for example — and have no leftovers and don’t have the energy to cook. Sometimes I get so engrossed in a project that I forget to eat until I hit some sort of low blood-sugar crash. I just need calories and protein and have no energy to do much more than open a package or nuke last night’s dinner. This usually results in a dinner of cold Spam, kippers, cheese, and/or crackers — not the most healthy of meals.

I really wanted to try Soylent. I’d heard rumors that 1 in 10 people get really gassy and unleash the nastiest of devil farts. I’d heard that it tastes like oily chalk. I’d heard that it was thick and gross. And the only way to buy it was in a carton holding enough pouches of Soylent for 28 meals. I wanted to try it. I didn’t want to commit to that much of it. I pinged a few friends and got a four meal pouch from @jeyb.

The pouch I had was Soylent v1.4. I guess previous versions had a separate bottle of fish oil that you had to add. This version replaces the messy oil-dropper step with plant-based powdered oil in the bag. This has the added bonus of making it vegan. Given the repulsion properties of oil and water, I can’t say I understand how you can freeze-dry oil, but I guess that’s possible. A few days after I received my bag, I learned that they started shipping v1.5. According to the release notes, they focused on taste and texture with this new version. My review is of 1.4.

Opening the pouch revealed a powder. It has a granularity like flour and a smell somewhere between flour and powdered milk. When you make your first Soylent purchase, they send you a pitcher (for mixing a whole bag) and a scoop (for single servings). I had neither, but a helpful /r/soylent Reddit post told me it’s just under a half-cup, so that’s what I used. The instructions told me to mix 1 part powder to 2 parts water, chill over ice, and drink. The Soylent users in my life told me to use more water. They also told me it might be good to add vanilla extract or chocolate powder or syrup. But I decided to make my first drink by-the-book, as a scientific control.

And that first drink was probably a little too thick and/or not mixed well enough. It tasted fine, if bland. It went down okay. But I was left with a lingering feeling in my throat for a few hours that was some combination of thickness and dryness. No amount of water or iced coffee provided immediate help; it just went away on its own over time.

I made my next meal at a 1:2.5 ratio. Maybe it was the additional water, maybe I was more careful with mixing this time, but everything was fine. I also added a couple of eyedroppers full of vanilla. No problems with this batch.

I finished the bag over a few days (two meals on Sunday, dinner the next two nights). Strangely, one of those days I found myself at work craving that night’s Soylent dinner. I can’t report anything negative about my experience. I can’t say anything positive about the flavor, sure, but I can’t say anything negative, either. The texture was the same as any powdered instant breakfast shake. It’s super easy to prepare and easy to drink. I suffered no gastrointestinal problems. It left me feeling full, proportional to the calories it provided. And that’s one potential caveat to keep in mind.

Each bag of Soylent is 2000 calories. That’s the FDA’s daily suggested caloric intake. There are four servings per pouch, so that’s 500 calories per serving. My own dietary goal is about 1800 calories. I typically have a near-nonexistent breakfast (coffee and green smoothie, about 100 calories total), a lunch of ~600 calories, a dinner of ~900 calories, with snacks throughout the day. A 500 calorie dinner will leave me feeling hungry, depending on how big lunch was. That means I need to make a larger serving, or use the Soylent as an initial boost that leads to preparing or snacking on something else. This isn’t a bad thing, per se, but something to be aware of. If you’re replacing a single meal, a single Soylent serving may not be enough calories. If you’re just making a whole pitcher to replace a full day of meals you’ll have no problem.

I’ve already ordered my first box. After repaying Jey, I will end up keeping a pouch at work and the rest at home. My main use will be as lazy meals, with the added side bonus of also acting as emergency preparedness rations.

UPDATE: So it turns out that the scoop is only a half-serving, 250 calories. This explains why the meals felt fairly light — because they were only half-meals!

2 thoughts on “An experiment with Soylent”