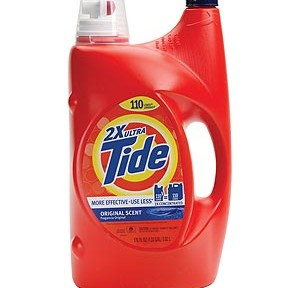 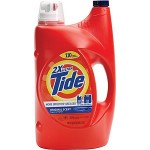 The other morning I had to run into Rite Aid to grab something before work. When I got to the checkout line, there was a bit of commotion. The police were there and they had one half of a shoplifting duo. The guy looked sad and hard on his luck. The girl had slipped away, though they had her backpack. In the backpack was the purloined item: a big red/orange bottle of Tide detergent, the kind with the pushbutton pour-spout.

I thought to myself that those two must be pretty hard on their luck if they had to steal laundry detergent. Either that, or they were kleptomaniacs, though the bulkiness of the detergent makes it seem like a weird sort of thing to steal on impulse.

I noted the weirdness, then never thought of it again. UNTIL…

The tl;dr form of that article is that police are baffled by hooligans stealing Tide detergent. Somehow, druggies are using it as street currency to purchase drugs.

In a way, this answered the riddle of the Tide, but in turn it poses a few more questions. Where does the Tide ultimately go? How is it exchanged back into cash? Just as you would be concerned about the purity of your drugs, do people worry about the purity of the Tide — if someone had a full jug and an empty jug, can you split it 50/50 and cut it with water or blue Gatorade or something?

The chain of events and chain of custody just does not make sense to me.

Big, heavy bottles of laundry detergent just don’t make sense to me as a unit of currency. You might as well be using Rai Stones. 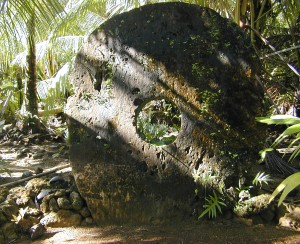 One thought on “The Tide of Currency”