Skip to content
This page is part of the Netninja.com Hipster PDA templates. For more templates see the index of Hipster PDA pages. For details about how I use these templates in my everyday life, look for posts tagged "hipsterpda."
The ARG and Programming Tools templates are read-only reference for common data used in programming and ARG puzzle solving. This includes an ASCII table, decimal-to-hex conversion and vice-versa, several coding schemes (Morse code, braille, ROT13), a list of primes, and a list of English letter frequencies. 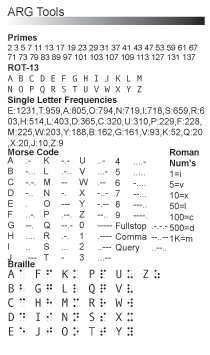 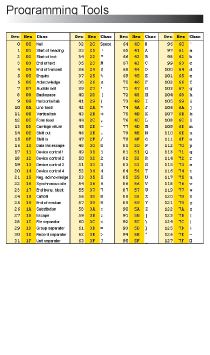 This is a “read-only” card consisting of a number of pieces of reference material that I commonly need. This includes: 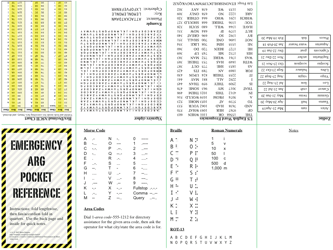 The Emergency ARG Pocket Reference was designed a few years ago for attending live events for Alternate Reality Games. It contains a number of useful codes, ciphers, and charts that frequently arise during ARG play. With the advent of smartphones and the increased complexity of ARG puzzles, the utility of this reference has lessened. It is provided here for the sake of completeness.