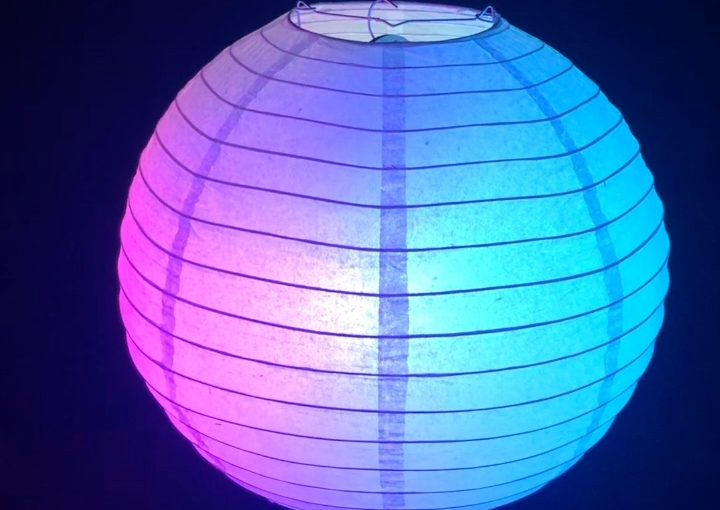 In my personal blog, I keep alluding to — but not actually getting around to writing about — a recent Disneyland trip with my sweetie. I’ll keep alluding to it here, since this blog is for projects, not personal stuff. (Though if you also like Disney stuff, you might be interested in my May the 4th light-up R2D2 mouse ears project.)

Something you may or may not know is that the teacup ride, being strongly connected to the Mad Hatter’s tea party, has lots of “paper lanterns.” (They are not actually paper, since that wouldn’t hold up to the elements, but theme park facsimiles of paper.) They are all different shapes, sizes, and (after dark) colors. This sparked off an idea. 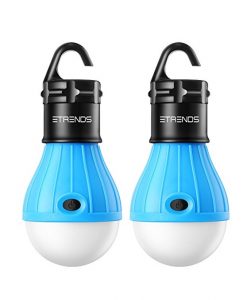 Something I’ve been toying around with is lighting in my back yard. As I’ve built up a cozy little patio area, and as the weather gets nice, I find that I enjoy spending more and more time out there. When it gets dark, I sometimes set up lighting — which currently amounts to little LED flashlights that look like bare lightbulbs, hooked to the clothesline. A simple upgrade would be to hang those lightbulbs in paper lanterns, then hang those lanters on the clothesline. And that works, why stop at simple? To kick it off, I ordered some 12″ paper lanterns.

I’ve done enough work with programmable multicolor RGB LEDs that it’s now trivial to add those to a project. I figured I could make a little laser-cut insert that holds a small Arduino-clone, a rechargeable battery, and a ring of LEDs. That would be fairly inexpensive and I could hang one in each lantern. After thinking about the problem and making a couple of cardboard protypes, I thought I could improve the look by adding a light diffuser around the LED ring, so each individual LED isn’t projecting against the lantern, causing a bright spot. 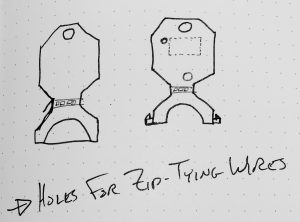 I made a few measurements and put together a rough prototype of the shape I’d want out of cardboard. I knew I’d need a place up top to mount the battery and controller. I knew I’d need a tapered section to wrap the flexible LED strip around and retain it in place. And I knew it had to fit into the opening at the top of the lantern. So I started prototyping…

The first prototype was cut out of cardboard with scissors. It gave me a rough feel for size, shape, and how it would hang. I marked it up with measurements and corrections. The big thing was that I needed the LED ring to hang a little lower, to be centered in the lantern.

The second prototype consisted of me translating those measurements into a vector file, which I cut on my Glowforge. It had mounting holes for parts, including a battery pocket. It had slots to put a ring of paper in, acting as a light diffuser. The large slots near the top was because my lithium battery hadn’t arrived yet and I wasn’t sure how long the leads were. I thought I’d need a shorter path from battery (on back) to circuit board (on front), and I made them symmetric.

Prototype 2 was too wide on multiple fronts. First, I stretched out the base feet to have room for the slots the ring of paper would sit in — those ended up being too wide to easily slip into the lantern. Secondly, those slots were too far apart if I wanted a simple ring of 8.5″x11″ paper without taping together multiple pages. I used geometry to calculate the diameter I’d need for an 11″ circumference of paper. And you thought geometry isn’t used outside of high school!

Prototype 3 was more narrow, to both account for the paper and fitting into the lantern. I also added a few extra holes to accommodate zip tying down wires.

Prototype 4 was similar, but made of wood.

After some basic testing, I realized that the inner paper ring really didn’t change the effect all that much and was probably more trouble than it was worth. I ditched it in prototype 5, which I believe is the final variant:

One thing I haven’t shown is the back side. Those three bolt heads that you see on the front go through four layers of wood on the back, creating a little battery pocket.

…though the thought did occur to me part-way through prototyping that multiple lanterns with color changes that are out of sync with one another would look a little weird. I swapped out the $9 Arduino Pro Mini for a $16 Adafruit Feather Huzzah, which provides basic WiFi. Right now I have enough spare parts to make four lanterns. The next stage is to make more than a single lantern. After that, the plan is to build a simple Internet of Things control system to control and synchronize the lanterns. The 1200mAh batteries I have are plenty to keep the lights going (fairly brightly, plus animated) overnight, so while I haven’t run any numbers on wifi power consumption, my hope is that I’ll get a good evening out of a battery, especially if I’ve written the code to conserve wifi.

One thought on “IoT Paper Lantern, Milestone One”