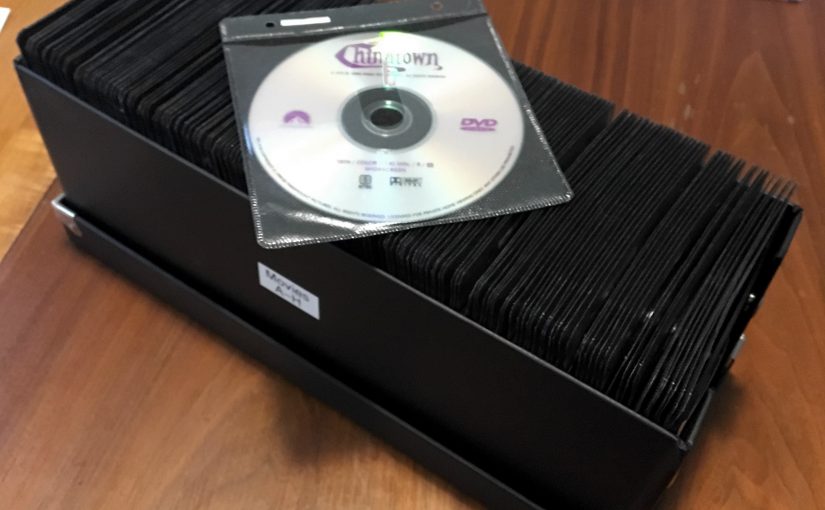 I own a lot of movies on physical media. A lot. Something like 300+ at last count.I downsized A few years ago, compressing several tall bookshelves of movies to three shoebox-equvalent boxes by ditching the packaging and placing the discs in sleeves. 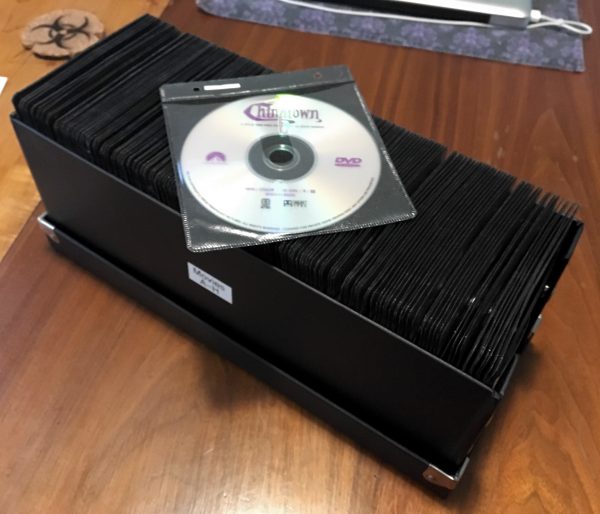 I like the format because I can extract movies into DRM-free files using Handbrake and (if Blu-ray) MakeMKV. This results in a format that I can watch on the TV with Plex, load onto the iPhone or iPad, or even do silly things like extract gif loops.

Over the past few months, I’ve picked up a Blu-ray discs of movies I’ve enjoyed in the theater (including The Martian, Mad Max Fury Road, Star Wars, Ghostbusters, and Deadpool). I had already ripped them to a digital format, but the boxes had stacked up. I ran out of sleeves and kept forgetting to order more until recently. This weekend I broke out the sleeves and label maker to get the job done. I noticed that everything comes with a digital redemption code now. The last time I had to deal with a digital movie (the Veronica Mars movie), it was a nightmare, but I figured I’d try it out again to see if the landscape changed.

Full disclosure: I work at a video company and have written code to repackage movies in Ultraviolet format. I’ve seen diagrams of the infrastructure mess backing the format, and may be predisposed against it because of this knowledge.

Of all the movies, the only one that worked flawlessly was through Disney’s system. Redeeming Star Wars was straightforward. Go to the website, type in the code, let it launch iTunes. Done. It’s now in my iTunes library. No headache. A++. Would redeem again.

Fox’s system was hopeful but flawed. A mark in their favor is that they include a QR code to ease typing in an ugly 16-character code. A mark against them is that I actually needed to use that code because of the font. Quick! What are the last four characters of this code?

That’s 5QN5. The font does not easily differentiate between the letter S and number 5. I kept mistyping it because the code didn’t contain an S to contrast against the 5. But the biggest strike against Fox was their site did not interact well against my privacy blocker (EFF’s Privacy Badger). I attempted to redeem a code and it failed to launch iTunes on the first try. On the second try, the site told me the code had already been redeemed and that I should email customer support. This happened with two movies before I thought to whitelist the site. The third movie worked flawlessly. iTunes launched and redeemed. Without the privacy blocker, it would have been as easy as Disney, but because of it I now have two emails out to customer support.

My experience with both Warner Brothers and Sony was universally terrible. It’s worth noting that they are both Ultraviolet-only, with no iTunes redemption equivalent. WB sent me to Flixster, one of the many players-slash-storage-lockers in the Ultraviolet ecosystem. And Flixster needed me to log in to an Ultraviolet account elsewhere. One movie, two accounts. Because I know the architecture, I understand why this is the case, but it’s not user-friendly and makes no sense to Joe Average. Of course, I don’t remember my passwords, so had to do account resets, and wait 30 minutes for one of the emails. Sony was slightly easier because I then knew my Ultraviolet password, but I still had to create an account on Sony’s site.

Or, instead, I throw my hands in the air, give up on digital movie redemption for another few years, and keep making DRM-free images of physical media. That lets me watch anything I want, anywhere, with no hassle or logins.

Take a guess at which path I’m inclined to take.

One thought on “On the Headache of Digital Movie Redemption”