One of the first stops on our Amsterdam vacation was De Poezenboot — the cat boat. It’s a houseboat. It’s an animal shelter. It’s been around since 1966 and is now a tourist destination. When Kim was last in Amsterdam, about 10-15 years ago, the Poezenboot was more of a houseboat-home plus cats and a little less clinically veterinary, as it is now.

Currently, De Poezenboot holds about a dozen free-roaming permanent cat guests. Unfortunately, the permanent kitties don’t have the best disposition. They’ve remained permanent because they’re not friendly, not social, antagonistic, and/or distrust humans. The far more friendly cats are in cages, cycled through because they’re quickly adopted. The staff doesn’t want to release the friendlier caged cats because they’d learn bad social skills from the permanent residents. So, like many situations with cats, you have a cute look-but-don’t-touch environment.

We lucked out and arrived on a special feeding day. Apparently most Mondays a local lady brings in some turkey lunchmeat and feeds the cats. Upon arrival she makes a very distinct meow-like noise with her voice, a Pavlovian dinner bell that sends the cats into a frenzy. I guess she’s been doing this a while. 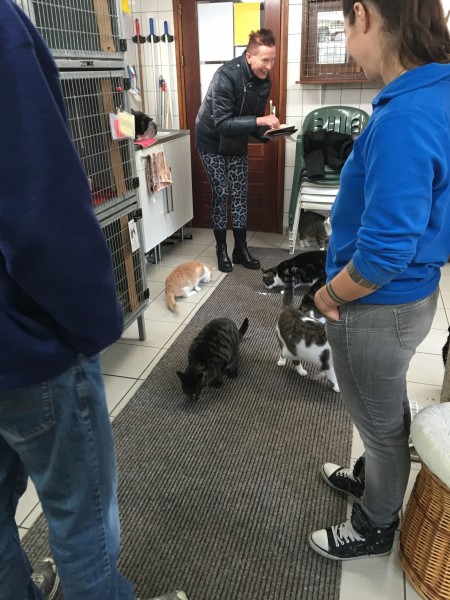 The Poezenboot has been around for 50 years. The caretaker from when Kim was last there is sadly no longer with us. But the concept lives on, adapts to the times, and they continually place cats in loving homes. 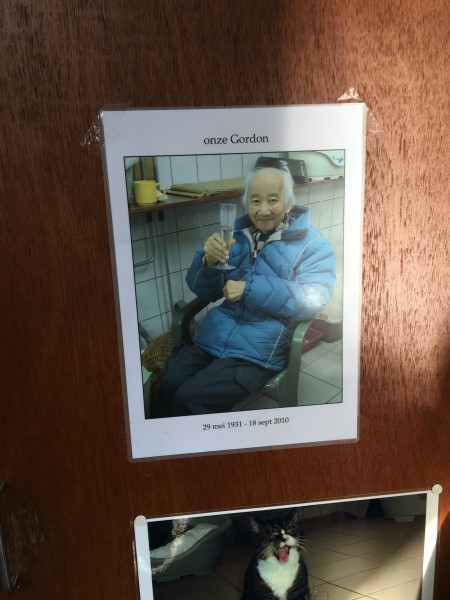