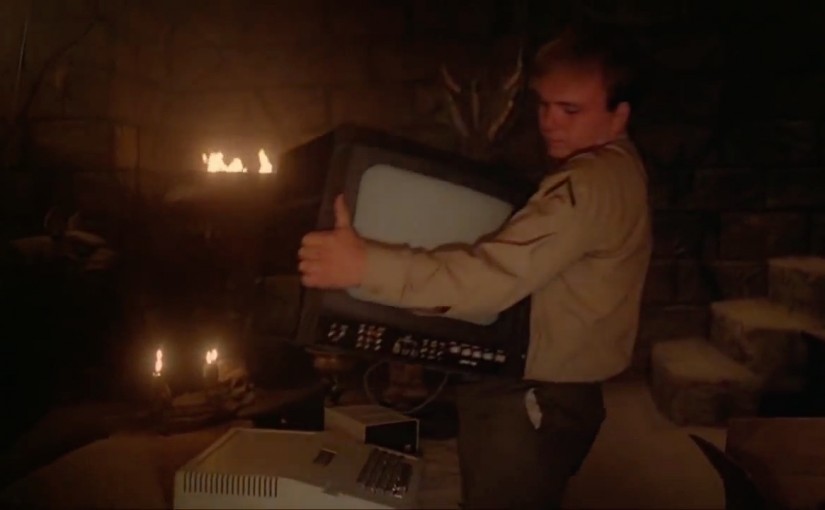 In the week leading up to halloween, @destroyed4com4t introduced me to the amazing movie Evilspeak. This film, made in 1981, is about an outcast boy in military school who comes across a book. This book — the diary of a Spanish satanist (Esteban) from centuries before — is written in Latin. It is also, of course, evil. The kid uses his leet hax0r skillz to translate it into English, decades before Google Translate existed. The computer and the kid become possessed. Bad things happen. It plays out like a bad 80s horror film. You don’t really need to know the story. You just need to see the graphics. 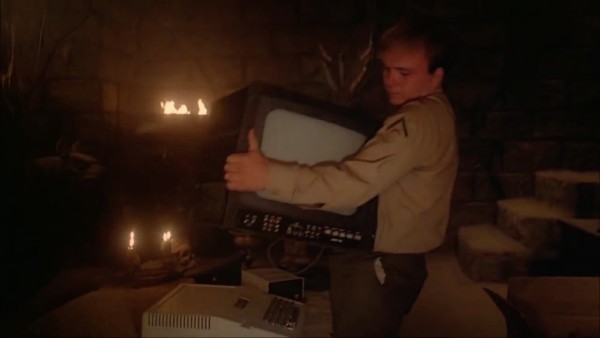 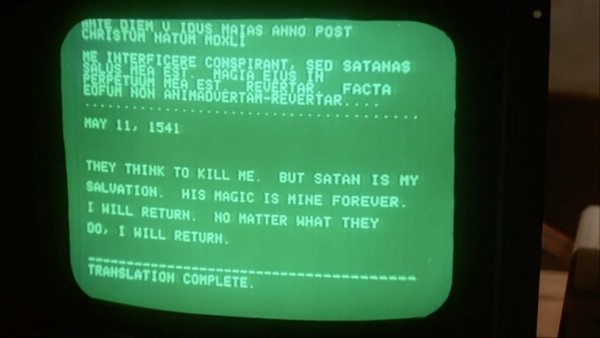 The “computer graphics” in this film are nothing short of astounding. A few scenes use the native 40-column chargen of the actual computer but most of them use graphics far beyond what the Apple ][ could display. I can only imagine they were hand-animated and rotoscoped onto stills of the computer screen. But they’re amazing enough to share in gif form:

For those that are interested in how I made these gifs, it was a two (and sometimes three) step process. Universally, the first step was to extract out video from the source file near these animations. For making gifs, it is much easier to work with a video that has a few seconds of slop on either side of the thing you’re interested in than it is to work with the entire hour-and-a-half movie as one large clip. I used ffmpeg, telling it not to extract audio and to extract video as-is — that is, remux it but don’t re-encode it.

This gave me seven short clips to work with.

A few of these clips required a middle step. They hold animation interspersed with live action, but I did not want the live action in the final gif. I loaded these clips into QuickTime Pro, deleted the segments I wasn’t interested in, then re-exported.

The final step was to convert video frames to gif frames. Long ago I would have used ffmpeg to extract frames of video at a given framerate, then used gifsicle to stitch them together into an animation. More recently, I’ve found GIF Brewery, a Mac app that lets you interactively select in/out points in the video, then export using a variety of gif parameters.

And now you, too, have seen the amazing computer graphics of Evilspeak.