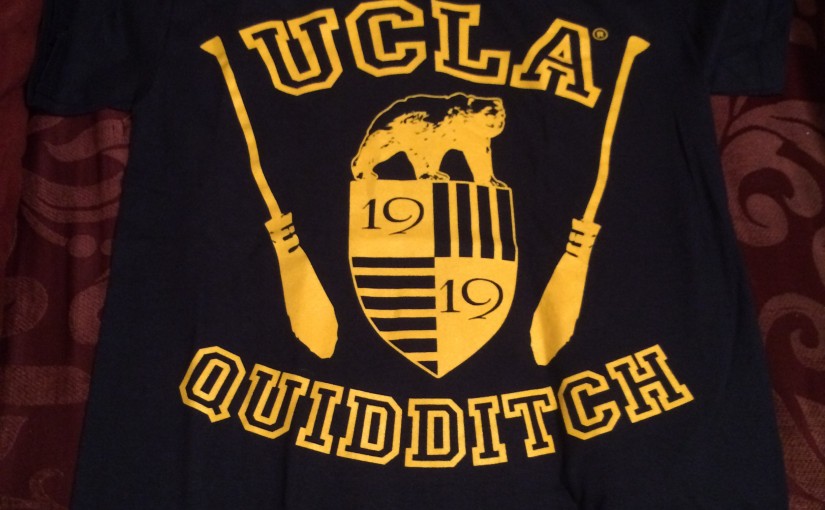 It is the month of March — the month that brings madness to the world of college-level basketball. But I’m not going to speak of that because I know very little of basketball matches and teams. I’m going to talk about quidditch. You know that quidditch is real, right?

Through the magic of the internet and video-on-demand, I got to see the movie Mudbloods a couple of months ago. You see, this is a documentary about the UCLA quidditch team as they make their way to the 5th annual Quidditch World Cup in New York. I honestly had no idea what to expect, even after watching the trailer. Was it going to be a good movie? A bad one? So bad it’s good? Is it a “real” documentary or a mocumentary? I’m happy to say that it was a fun movie about a real quidditch team. (I guess you might technically call it “muggle quidditch” but it’s real enough.) It actually looks like the sort of thing that I might have been into in college. Well, maybe not playing, but certainly watching from the sidelines.

This of course led to poking around the internet and discovering the UCLA Quidditch Facebook page and Twitter account. In the documentary, they were selling t-shirts as a fundraiser for the team. I thought, heck, maybe I’d see if one was still available. I have a soft spot for UCLA. Although my alma mater was UC Irvine, my father went to UCLA (and kept pushing me to follow his lead and go there). Only now, as part of researching this blog post, have I discovered that the Anteaters also have a quidditch team. No surprise there, reall. (Though no news about UCI Quidditch t-shirts.) But long-story-short, a few emails and a Paypal transaction later, I am now the proud owner of a UCLA Quidditch Team t-shirt: 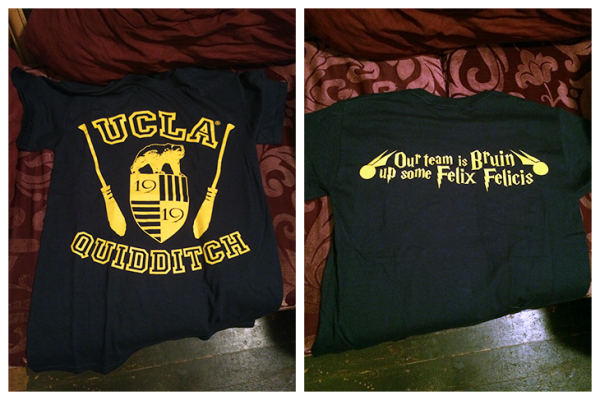 If anything about this sounds even vaguely interesting, I highly encourage you to check out the Mudbloods movie. And then, just for fun, take a look at the punny goodness of the USQuidditch team names and chuckle quietly to yourself. And while you’re there, zoom in and look for teams near you. I’d never heard of them before — and, again, never though to check until researching this blog post — but there is apparently now a Portland Quidditch League. I may have to start following them to see what they’re up to.