This past week, the engineering department of my company (Elemental Technologies — we’re hiring engineers, by the way) had our annual off-site. This year we did something a little different and had a Lego competition. The previous week, we were given time with the Lego Mindstorms kits to get familiar with the components and programming language. The exact nature of the competition was withheld until we hopped on the bus to the event. We had a couple of days to design the hardware and software to race around a tape-line maze and retrieve a token at the end.

This video is from one of our trial runs on a smaller board: 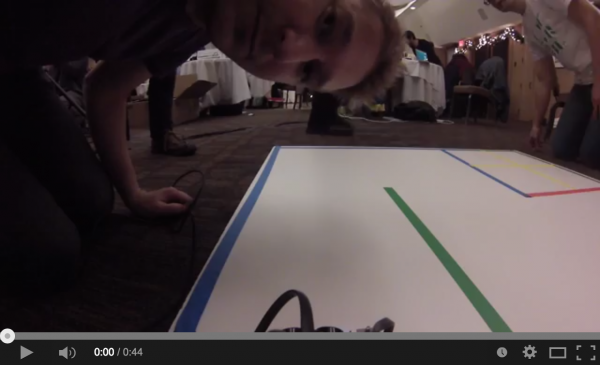 The rules stated that we were only allowed to use the pieces that came in the box, but we could add any non-functional decorative pieces we wanted. I think this was mainly focused on adding minifigs with steering wheels and such. Given that I have a 3D printer, I took it a little more openly.

I adapted some 3D models for Halloween jack-o-lantern decorations for Lego-compatibility. The ones everyone seemed attracted to were the tentacles: 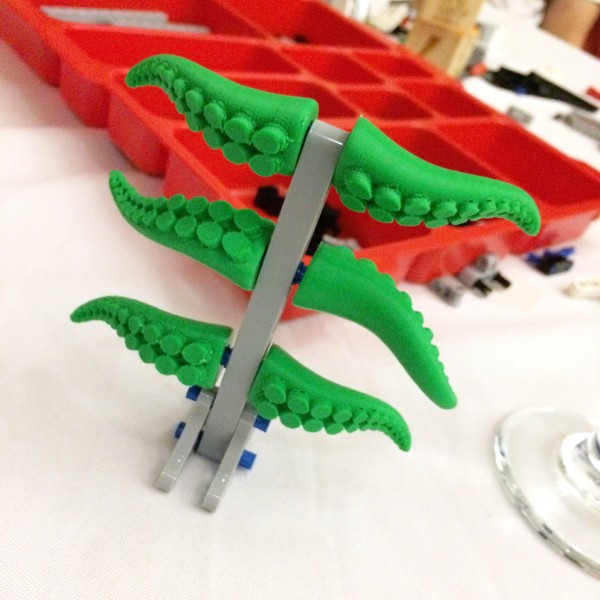 The other model was Lego horns which, alas, I forgot to snap a photo of before packing them away, so you get a 3D render: 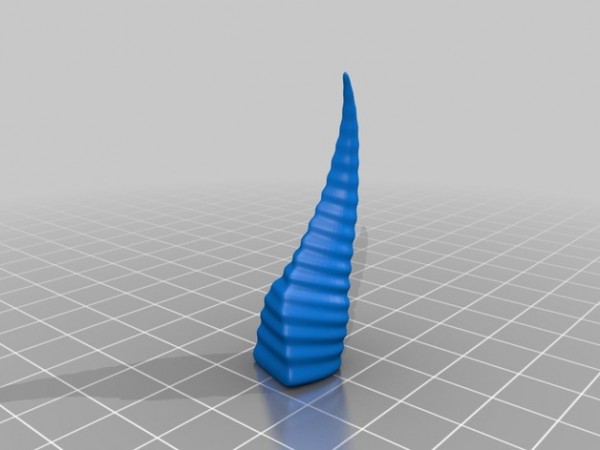 The attachment that really pushed the definitions of non-functional and decorative was the GoPro Hero 3 camera mount. Because we’re a video company, we have a couple of loaner GoPro cameras. We typically use them for community-building events such as strapping them to people and vehicles for the Hood To Coast run. In this case, I thought it would be fun to attach one to our Lego robot.

I modified an existing GoPro clip model to add in some Lego Technics mount points. 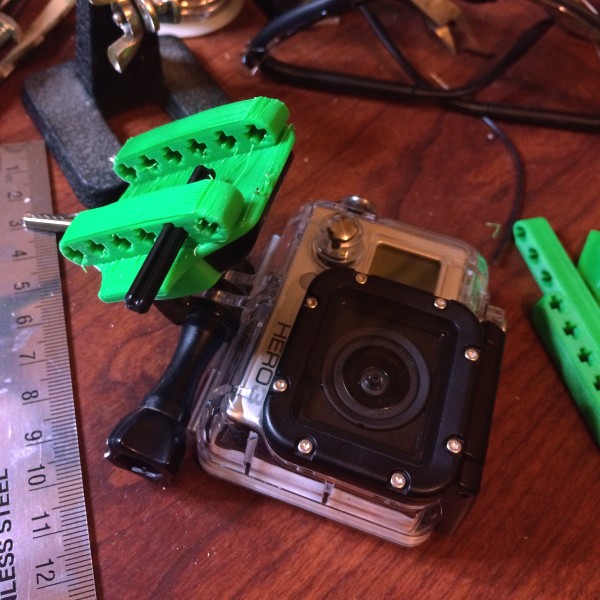 The file is available on Thingiverse, but  I’m thinking of making a few more modifications to it based on our experiences.

Incidentally, our team came in first place on the first race and third place on the second race. The winning two teams differed in time by a single second. This is a Hyperlapse of our first official run: 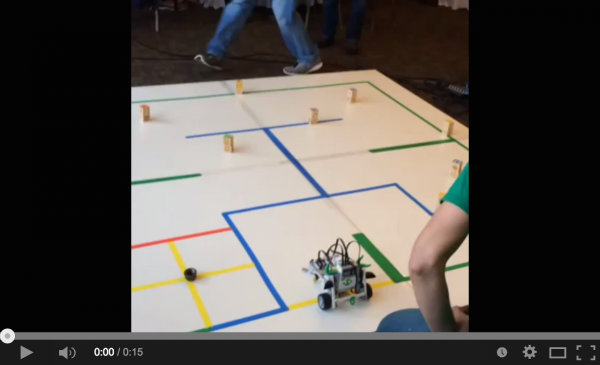