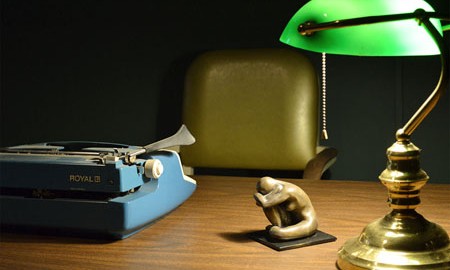 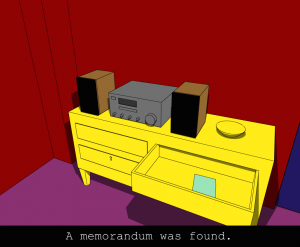 About a decade ago, before smartphones and tablets, when Flash games were a big thing, there was a genre of Flash games known as “Escape the Room.” One of the first popular such games was The Crimson Room. I simultaneously love and hate the genre. I like the aspect of puzzling your way out of a locked room, but a lot of the “puzzles” you typically encounter are pretty arbitrary. It’s not always obvious what you can click on, what items you can interact with, or what views you can move to. At some point it becomes a point-and-random-click adventure, where you’re just blanketing the screen with mouse clicks to discover that you can look under a dresser or between the bed and the wall but only by clicking a small sliver of screen real estate. The way your inventory items interact with one another or the world is often baffling in similar ways.

In recent years, room escape games have escaped the realm of computers and into the real world. I know of at least one in Japan, one in the Bay Area, and one in Seattle. I have a group of friends who aced the Seattle room escape game, Puzzle Break, finishing it in record time. Alas, I had another commitment and was unable to venture out with them that weekend. On the car ride home, they pondered building one here in Portland. It took them nearly a year, but they recently announced it’s open for business. Spark of Resistance opened their doors in inner SE Portland, a short walk from Guardian Games, in a former tea warehouse. I must admit that I didn’t participate in the design, except indirectly with vague electrical engineering questions. It was a secret for most of the year, and then it became a situation where they needed to balance letting friends help, but not having too many cooks in the kitchen and keeping some pure playtesters in reserve that haven’t seen the room yet. They ran live playtesting in a full dress rehersal a few weekends ago (again, alas, too many commitments on my calendar for me to join).

I’m told from one of the designers: “These puzzles are designed to be solvable by people with no prior experience. No codes or anything weird.” I am also aware of a potential built-in hinting system for the more casual players. He continues: “Our room has amazing puzzles, and a stronger story than any other room we’ve heard of. I’m really proud of what we’ve produced.” A few of the tweets I’ve seen from players agree that it has an amazing immersive story joined together with fun puzzles.

If you’re in Portland, or just visiting, I would highly encourage you to check them out.

One thought on “Portland’s Escape the Room”