I realized that I’ve mentioned this on Instagram and to a few friends, but have not yet made any reference on this blog: I have a new kitten! His name is Cornelis!

He was born on February 21st at Enchanted Sphynx. I visited him and his brother about a month ago. 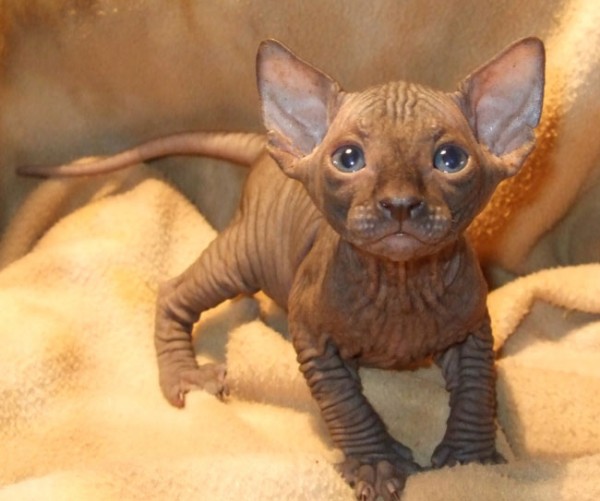 And he came home two weekends ago. It was an interesting road trip: 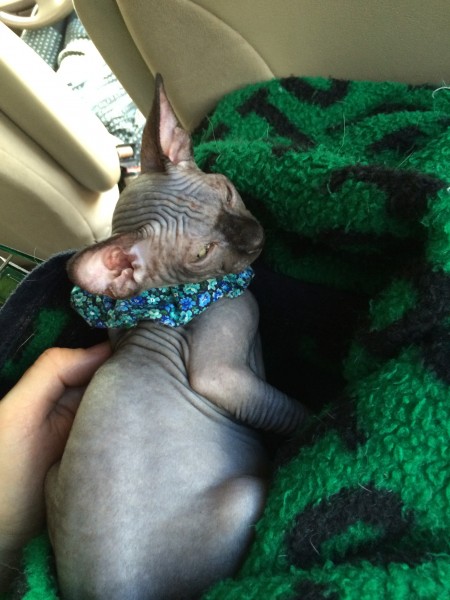 We’re still getting fully settled in. He absolutely adores Norman, the indoor/outdoor tuxedo that showed up semi-feral on our doorstep. He shadows Norman around and tries to play with his tail. For the most part, Norman is indifferent (except for the tail-playing, which he dislikes). The Precious is a different story. She hates change and doesn’t like him. She’s warmed up to him slightly over the past couple of weeks, but is still pretty frigid. It took her a few months to get used to Ebenezer, but they eventually became best buddies.