For years, I’ve been searching for a good free-form symbolic calculator program that works across multiple desktop operating systems. I think I’ve finally found one worth mentioning. My goals:

I’d previously gotten hooked on Soulver. It’s great on the Mac, but there are not Windows or Linux ports. There is an iOS port, but I can’t stand the data entry. SpeedCrunch is available for all platforms, but like many Open Source programs, the operation and user interface is clunky.

A few months back, I found Calca, “the text editor that loves math,” for Windows and Mac. It literally is a text editor. The trick is that it looks for “=” and interprets these as definition statements and it looks for “=>”, and treats these lines as problems to solve. Everything from “=>” to the end of the line is rewritten to become a read-only answer. For example: 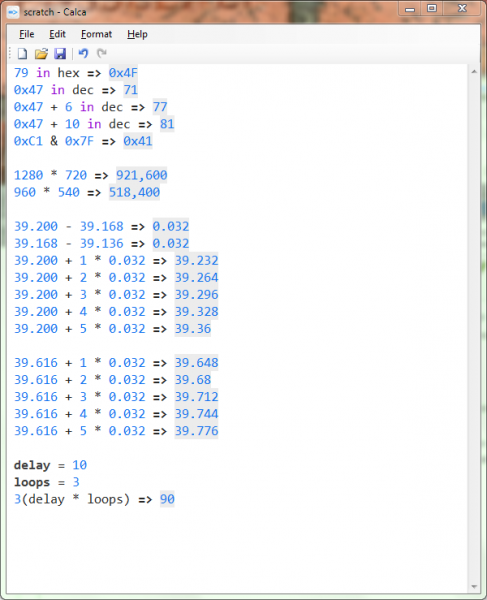 I don’t come close to using all the features in Calca: functions, unit/currency conversion, matrix math, derivatives, and so on. My needs are small, but with the pieces I do use, it performs extremely well.

For me, it was worth buying both a Windows and Mac license. I use it all the time.

3 thoughts on “Calca: the notepad calculator”