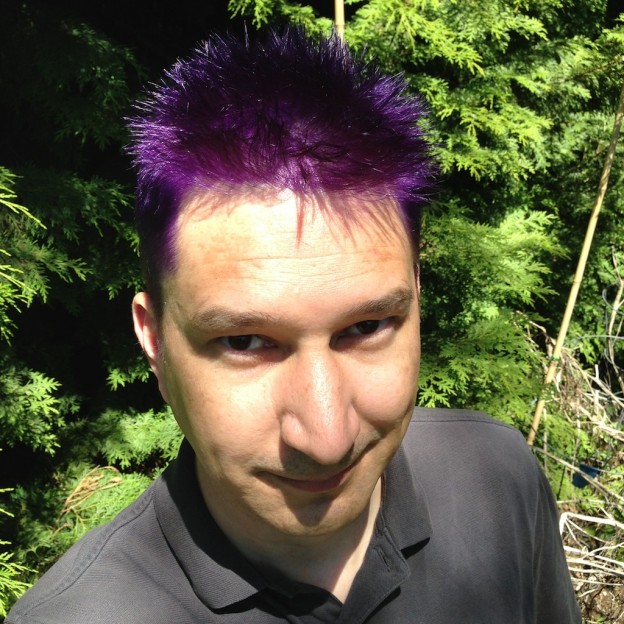 It’s summer time. It’s been several years since I chopped off my long hair and felt like it was time for a little experimentation and change. When I had long hair, I typically just dyed the whole thing black. Occasionally, I’d do the roots a burgundy or a crappy-over-the-counter purple. Sometimes I’d bleach a streak and leave it white or color it purple. But with short hair, it grows out fast enough that I can do crazy things and only have to live with it a short time, if I have second thoughts. Or if I have really bad buyer’s remorse, it’s not too terribly expensive to cover up. 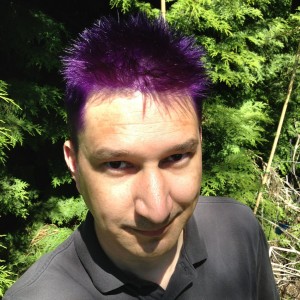 People kept asking me why. For a while, I had a little game going in which I’d make up a new excuse each time, without repeating any. That worked for a while, but the excuses started getting lame as I scraped the bottom of the excuse-barrel. Some highlights include: 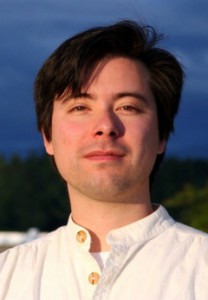 There might be a more true underlying reason than any of that, though. Why now? Why not last summer or next summer? If I’m going to be honest, the underlying reason is that it came at a time when I needed to live life a little more fully. I have (had?) a good friend who just turned 40 a few months ago. He seemed to have everything together, leading a happy life, but there was apparently some part of him bottled up that few, if any, saw. I don’t know what that part was, but it was powerful enough to convince him that leaping from the Vista Bridge was the right thing to do.

Now, I have a few more years until I’m 40, and I have absolutely no desire to lead a sheltered, bottled-up life. It felt like an appropriate time to throw back to my youthful 20s, when hair color, leather trenchcoats, and big stompy boots were a regular thing. I in no way want to re-live those 20s, but I felt that a refined inspiration in the form of professionally-done purple hair was the best way to honor myself and to, indirectly, honor the memory of Matthew in my own way.

Matthew died almost two months ago. I haven’t written anything in this blog since then. I felt that I wanted to write something about him before I went on to more light-hearted or technical topics, but I kept putting off this post.  (I see that my friend Laura was in a similar writing situation.)  I have a long list of half-formed drafts, and hope to get back on the writing track soon. 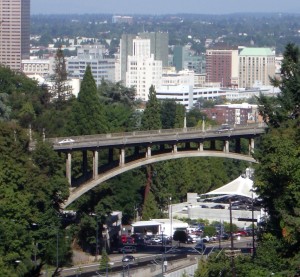 A month after Matthew jumped, a 15 year old girl did the same.  While Portland is a city of bridges, some are more dangerous than others.  The Vista Bridge serves a quiet little road a few blocks south of the hip, trendy, and busy NW 21st/23rd area.  It features a several hundred foot drop to asphalt and light-rail tracks, with no real safety there beyond a chest-high concrete railing.  If you have a chance to contribute to Friends of the Vista Bridge, or to vote favorably on any initiative they bring to the ballot, please do so.  They are working with the city to install safety barriers while still preserving the 1926 bridge’s historic look and feel.  Several people jump from this bridge every year — enough that it’s been nicknamed a “suicide machine.”  Friends of Vista Bridge would like to clean up this reputation and help prevent future suicides.