In the late 1700s Eli Whitney, the designer of the cotton gin, developed muskets with interchangeable parts to help the United States military. The manufacture of objects with interchangeable parts was soon a key factor in the industrial revolution. Mr. Whitney is perhaps a little anachronistic when brought alongside castle and siege warfare, but we can use the principles he championed to build a better piece of siege machinery.

In this spirit, and on July 4th, America’s Independence Day, I would like to share the Universal Catapult for Seej. Some friends and I started to play Seej, using the basic set. Maybe it was our technique, maybe it was the rubber bands we had on hand, but we found the rubber-band-as-pivot to be woefully inaccurate, almost unplayable. I set off to build a better catapult. 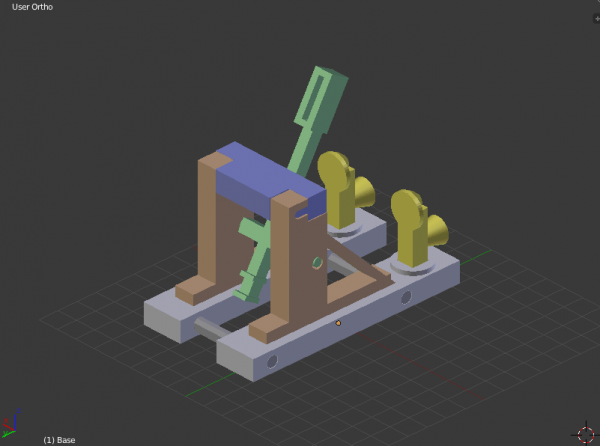 After two rounds of revisions, I’m posting the v03 Universal Catapult design. This catapult has three main features going for it:

Tension Keys – The tension keys (pictured yellow) pull the rubber bands instead of twisting them. This leads to fewer twisty knots and better linear tension.

Adjustable Strike Plate – I only have the one strike plate (pictured blue) for now, but in theory, you should be able to swap them out for plates of varying depth. This allows for more fine control of the angle of release.

Modular Base – Everything sits atop a base with modular holes (pictured white and gray). If you would like to design a trebuchet, ballista, or even gatling gun or death-laser, then feel free to skip reinventing the base and use this one. See the base detail image for exact measurements. 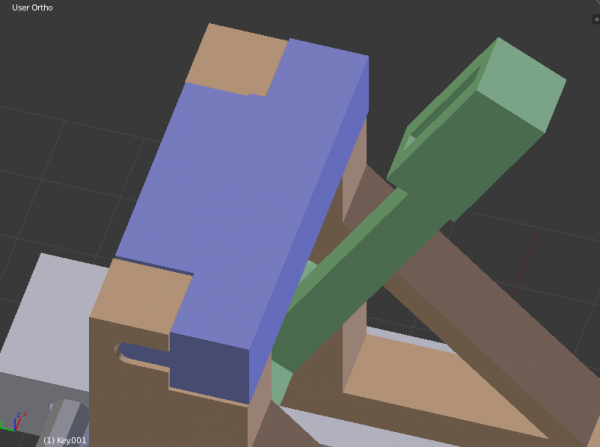 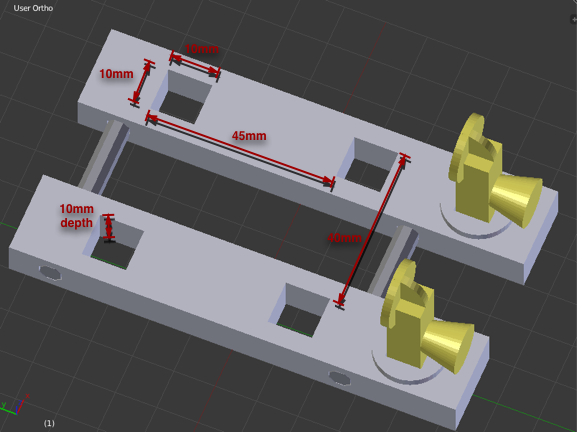 The 3D models and source files can be found on its Thingiverse page: http://www.thingiverse.com/thing:26265

Addendum: You might not know it, but this is version 3 of my catapult design.  If you would like to see more detail about the previous revisions, jump ahead to “The evolution of a catpult.”

One thought on “The Universal Catapult for Seej”