A few weeks ago, Kim and I took a little “staycation” here in Portland.  It was just after her great Trunk Show, at the very same hotel.  The Hotel deLuxe is a lovely little boutique hotel in that part of town on the other side of the 405 that is not quite downtown and not quite the Pearl and not quite Goose Hollow.  It’s a swanky golden-era-of-Hollywood-styled place with a fancy restaurant.  A few years back, several friends and I would slum it at happy hour at their bar (the Driftwood Room) just to get good deals on the restaurant’s scraps.

Like many boutique hotels, the room was small, but well furnished.  There was a lot of signage encouraging me to push the “Make it So” button on the telephone. 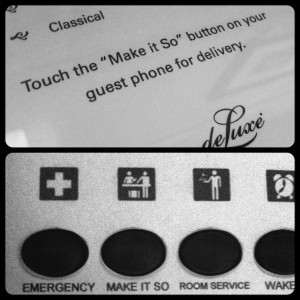 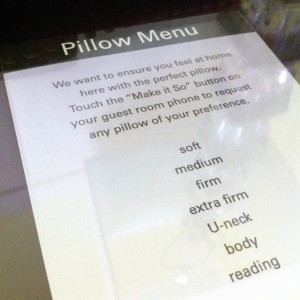 This was the first hotel I stayed at that did not have a bible anywhere in the room.  Being equal opportunity spiritualists, they had a menu of books to choose from.  Just select one and push “Make it So.”  I like how the Christian bible did not top the list.  I almost ordered up “books on Scientology.”  That phrase is worded just nebulously enough that it could have easily been describe books for or against. 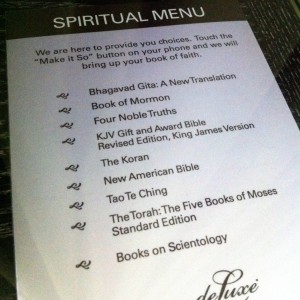 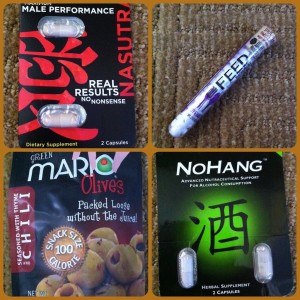 We did not stay in the hotel all weekend, but wandered around and did touristy things.  This question mark is from the Jen Weld Field Max stop.  The panes of glass are from a bus stop. 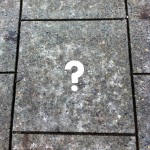 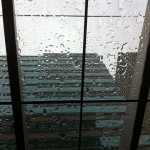 We wandered over to Powell’s — the first time in many months in this world of Kindles and iPads.  I picked up a great Alton Brown cookbook while there and surprised Kim with an archeology magazine.

After that, we went to the Oregon History Museum.  Every time we go to the Portland Art Museum, we see the history museum across the way and think we should go there, but never end up doing so.  I thought this would be a good weekend to finally check it out.  There was a fun exhibit about the music of Oregon, with this little skull dude hiding on the wall: 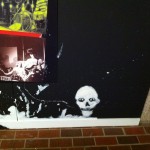 The best part of the museum were all the artifacts and items.  Apparently, they have several warehouses of “stuff” offsite that they rotate in every so often.  This includes maps, books, and ledgers dating back over a century.  It includes clothing, costumes, and couture.  There are pieces of furniture and tools and items from old settlers and native americans.

This piece of equipment was from a one-man band: 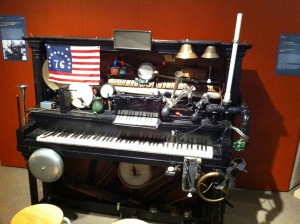 This is a Victorian dental apparatus.  It includes chair and x-ray.  Off to the side is a little spittoon and what appears to be a light table for the resulting x-rays.  I love the wood, metal, velvet, and controls.  I do not think I’d like to be anywhere near that thing when it was fired up, though. 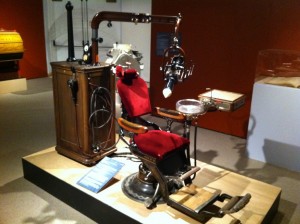 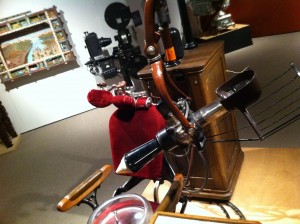 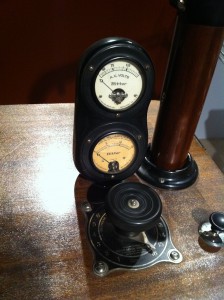 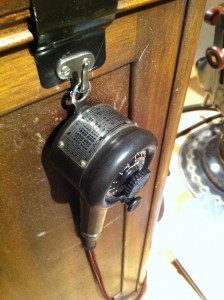 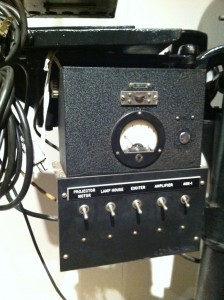 (Oops, that last photo slipped in from a projector and is not part of the dental chair.)

A bust from the bow of a ship.  As I recall from the placard, it was from a ship that wrecked at sea.  It was found later, detached from the ship. 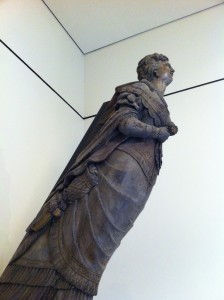 This sign appears to be in direct conflict with Portlandia’s Dream of the 90s. 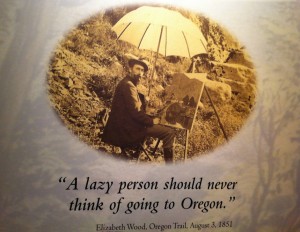 Beaver!  Mega chainsaw!  No specific reason for these picture, really. 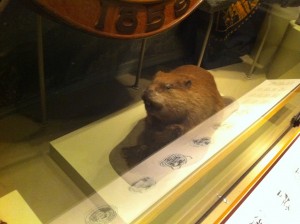 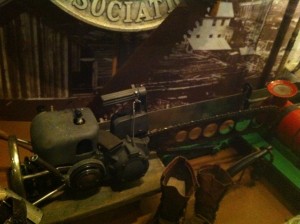 At the time this map was made, when the west coast was first being explored, Japan was apparently equidistant from California and the rest of Asia.  I think that chunky peninsula is Baja, California. 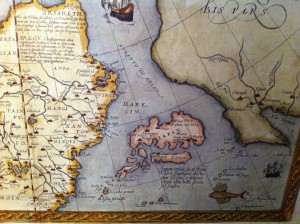 There was plenty more that weekend, but these are the things for which I have photos.