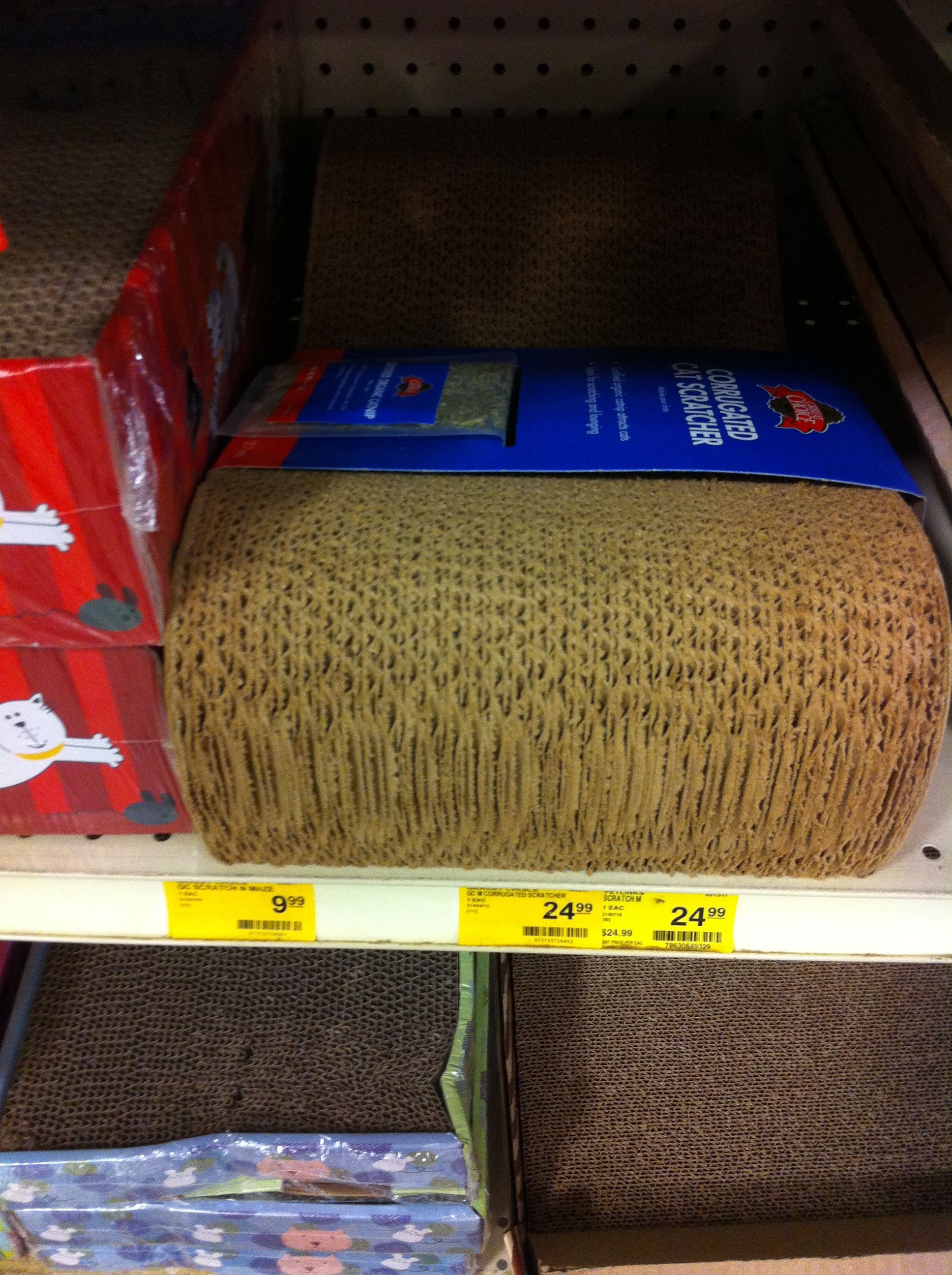 In the previous Cat Scratcher post, I forgot to include the following picture, taken in a local PetSmart of similar (but more cheaply made) products: 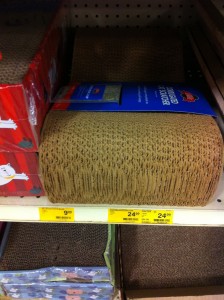 The small cat-scratchers go for $10.  The larger, more fancy ones — the ones most similar to the one I designed and made — go for $25.  In mine, the wood was $17 (though I have plenty left over for other projects) and the hardware was a few dollars.  I’d say I probably broke even.

On the other hand, I have something that looks a lot more fancy than the mass-produced scratchers, as well as one that I can easily refill indefinitely for free (as long as I have a few spare boxes and a sharp blade on the utility knife).