My house was built in, depending on whom you ask, 1908 (Portland Maps) or 1924 (my insurance company). Like many old houses, it has its own quirks, oddities, and secrets. It has organically grown over the years. I believe it has just about doubled in size since it was first built.  We have been here for about five years and are still discovering things about it.

Sometimes the changes are obvious. There is something not unlike a mud porch at the entrance to the basement. Its roof partially obscures a kitchen window. Cats (both ones that live here and ones that live elsewhere) love to jump up on that roof ledge and look in to the kitchen. I guess an obscured window is better than not having a window there at all, but it’s still a slightly bizarre design decision. 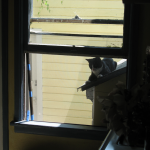 Sometimes the changes are visible, if you have an eye toward them. When you compare this house to the layout of other houses in the area, then further compare it to the basement’s footprint, you can recognize that the entire back wall of the house was pushed out quite a few meters, resulting in a gigantic kitchen and spacious bathroom. 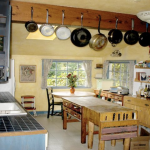 Sometimes things are so in-your-face obvious that you never see them. It took several years to discover that the kitchen windows had full-length roll-up curtains hidden behind the window treatments. I discovered, only a few weeks ago, that the light switch plate in my office was made of a glow-in-the-dark material. Unlike yesterday’s tritium, it does not glow on its own.  It needs to be recharged in bright light for a long time, then only glows for a short while, so is fairly useless when trying to find the light switch in the dark. 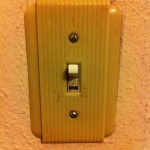 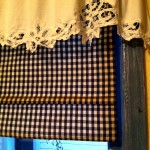 Sometimes the mysteries are self-imposed. Sprouts of some sort or another are always shooting up out of the compost pile. Kim sometimes takes the more hearty ones out to pot and place in the vegetable garden. We have a few viney things now that could be melons or squash.

And sometimes mysteries linger for years, waiting to be found, laughing as you puzzle over them. I pulled up the carpet in my office over the weekend and discovered a TRAP DOOR! 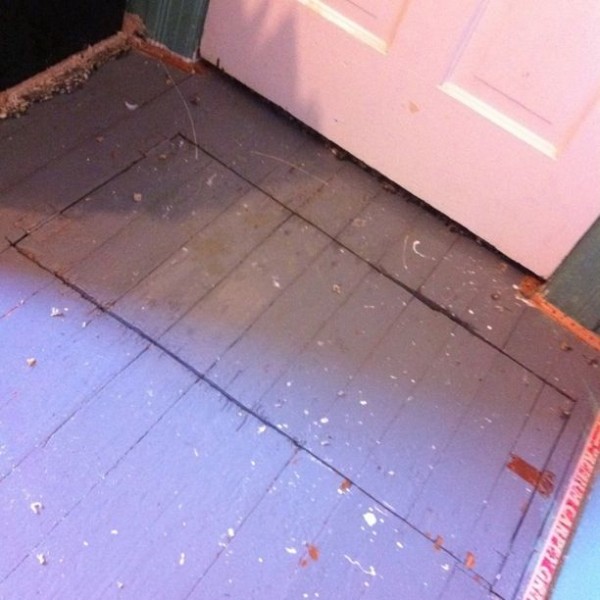 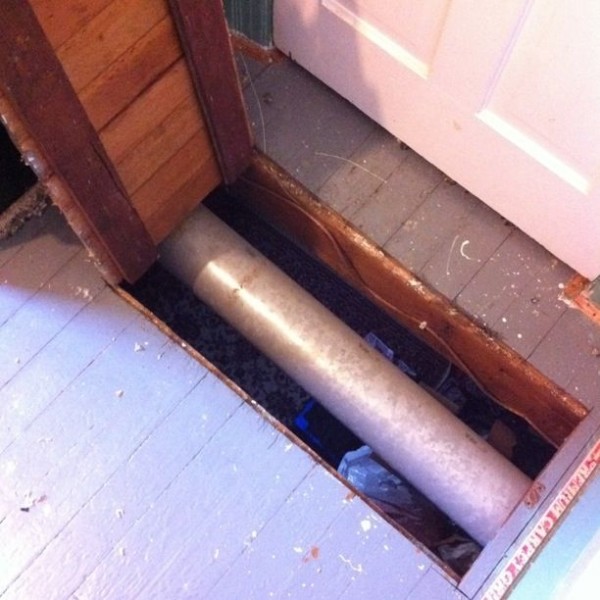 It goes down to the basement, but there are quite a number of odd and unexplained things about it:

I still keep hoping that one of these days I’ll bust through a lathe and plaster wall and discover stacks of hundred dollar bills or gold bricks.

2 thoughts on “My mysterious house”