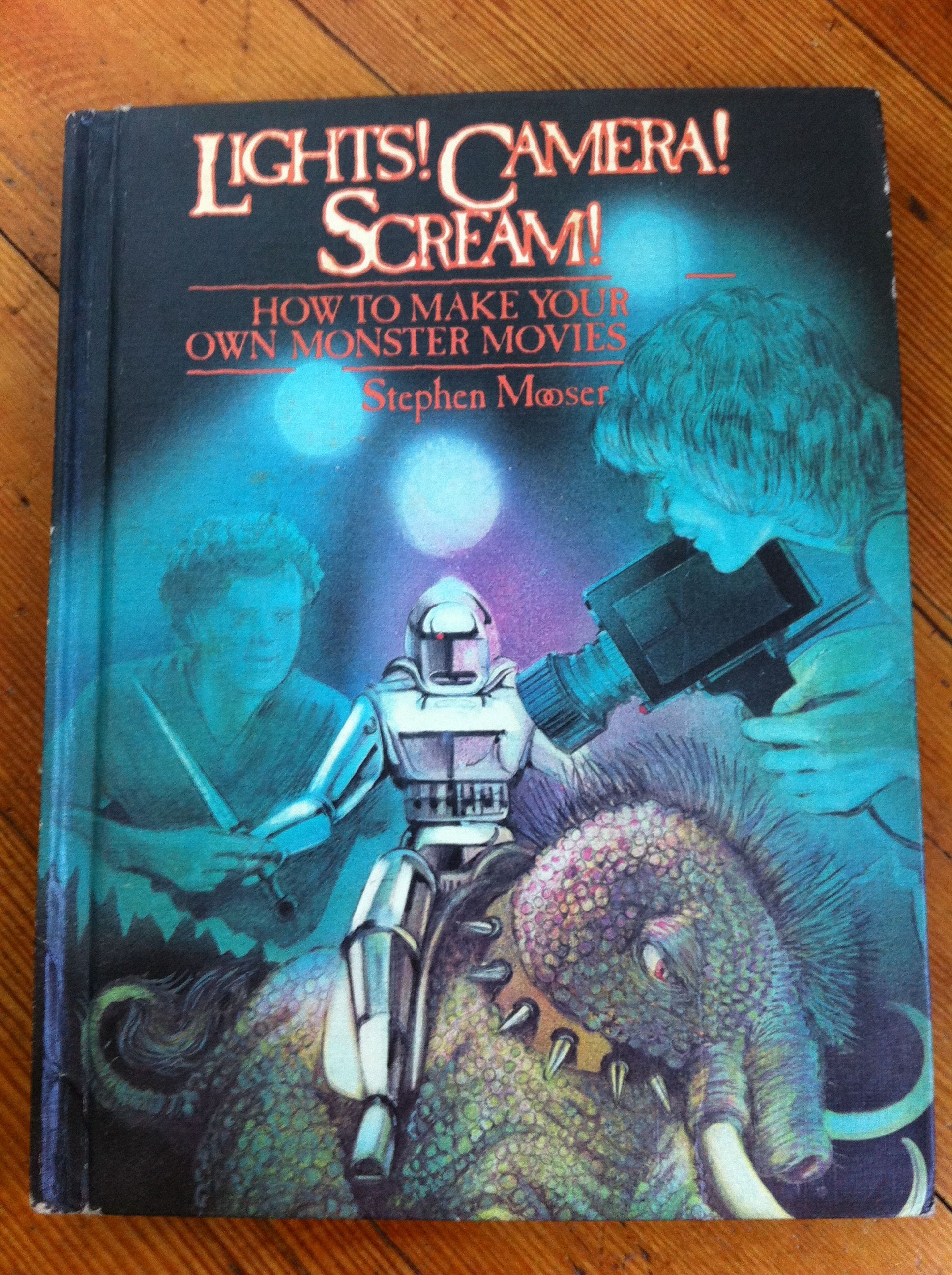 While rewatching Super 8 the other night — a monster-movie film about kids making a monster movie, with a feel very similar to Goonies — I remembered a book I had back in 1983 or 1984. Although I had not thought of it in years, the title, “Lights! Camera! Scream!”, and the cover art centered around a cylon-like robot clicked into mental focus as if I had just looked at it yesterday. 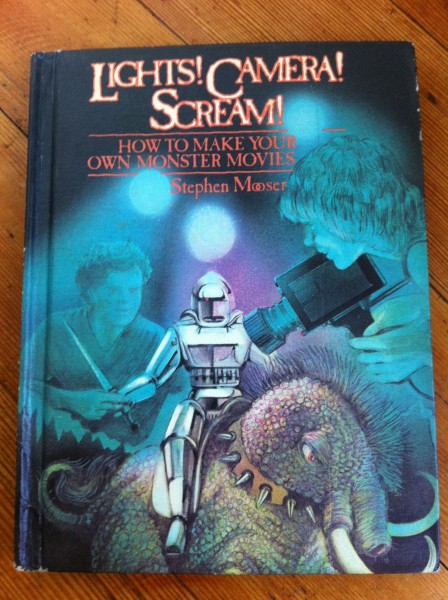 At the time I received the book, I think I knew a couple of the concepts, such as using stop-motion to animate a story or even using it to go from man to wolfman a few frames at a time. There was also a lot that it taught me, like basic sound editing and story fundamentals.

I dug out that old book the other night.  Looking at it as an adult, it seems a bit campy and cheesy in places, but also fairly informative.  The core concepts are great, but There are entirely too many words devoted to non-movie things like turning your bedroom into a cool editing room with the requisite “Keep Out” sign on the door and designing movie posters for your film.  But, then, as a kid I’m sure those are the sugary desserts compared to the meat-and-potatoes of the filming and editing. 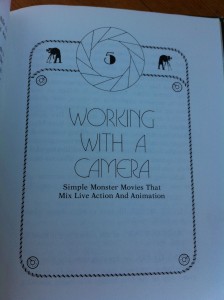 These days, a similar book would shed the chemical-film-based camera in favor of something digital — a handheld or webcam, likely.  A razor blade and tape would be replaced by iMovie or Windows Movie Maker.  Using brushes to paint on top of the developed film gets kicked out and replaced by Motion or After Effects.  But the core concepts — using 24 pictures per second to do fun and creative things — are still exactly the same.

This picture, in particular, reminded me of the kids (or maybe younger versions of them) in the movie Super 8: 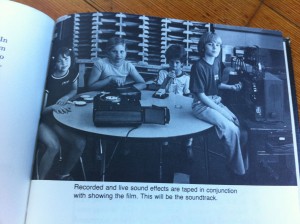