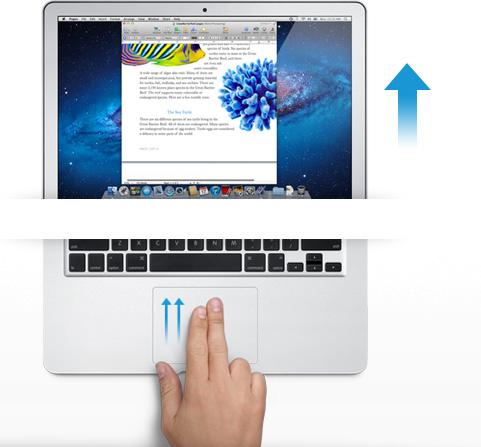 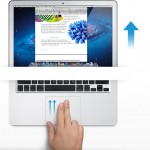 I am beginning to get used to the reversed scrolling behavior in the new OS X. For those that have not heard about it, this was one of the most controversial changes in the new operating system. They reversed the direction of the action that is performed by spinning the mouse’s scroll wheel or using two fingers to scroll on a touchpad. There have been a lot of heated debates on both sides of the fence.

If you think about it, the scroll wheel action is fairly arbitrary. It was:

I figured I would at least give it a try, but had to jump in with both feet. That meant leaving the new default OS X reversed (“natural”) scrolling, but that also meant hacking my Windows and Linux boxes to behave similarly — otherwise, I found myself getting stuck in a limbo of not knowing which direction the scroller worked at any given time, hesitating with a little test nudge to ensure it was going to work the way I thought.

For me, the Windows hack was pretty easy. I already run AutoHotkey for a few keyboard shortcuts. AutoHotkey is an app that intercepts keypresses and mouse clicks and lets you transform them to other actions. I have a few macros set up (similar to TextExpander on the Mac) that lets me type an abbreviation, which gets expanded to a hard-to-enter unicode character, pre-canned text, or snippet of code. I also have a keystroke that automatically opens the selected file in Notepad++. I just had to paste a few lines into my configuration file, and it intercepts the up-scroll and passes it to the system as a down-scroll and vice-versa. Specifically, it looks a little something like this:

Under Linux, I had to edit my Xorg configuration file. I opened /etc/X11/xorg.conf in a text editor and looked for the ‘Section “InputDevice”‘ block that corresponded to the mouse. I then had to change (or add, if it was not already there) the “Option ZAxisMapping” to the following:

This works with a mouse locally plugged into the system. I still have a problem when the keyboard and mouse are remotely connected via Synergy in that the mouse scolling does not get translated. I am not sure whether that is the server (on Windows) bypassing the AutoHotkey and/or the client (on Linux) side-stepping the Xorg configuration. It may be both, since if I configure only one or the other with a reversed mouse, there is no change to the behavior. I’d expect a change if one was reversing it and the other was un-reversing.

So aside from via Synergy, it’s all working and I am doing a good job at adapting, though I fear the day that I sit down at a coworker’s computer and get tripped up because their mouse wheel works “backwards.”