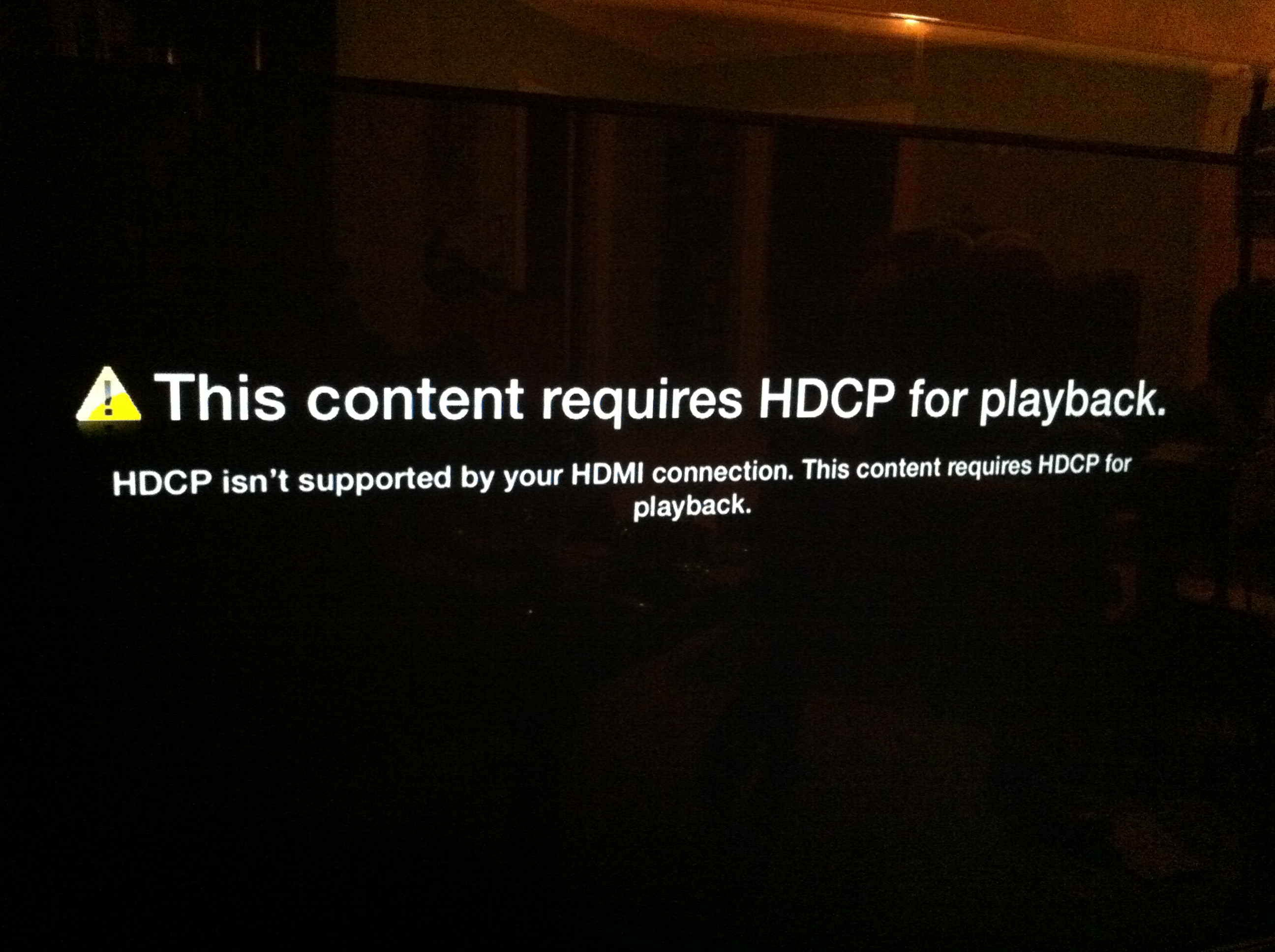 For a few weeks, my AppleTV complained about HDCP copy protection whenever I tried to play something from Netflix: 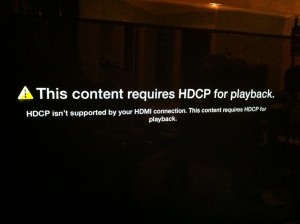 I assumed it was either a firmware update I had recently installed on the device or a policy update on Netflix’s end. Either way, it did not bother me too much. I have both the AppleTV and a Mac Mini plugged in to the television. Netflix played full screen in a web browser on the Mac is not quite the quality of the AppleTV, but does load faster and my eyes do not always see the difference in resolution and/or bitrate between the two players.  My only problem was that I kept reaching for the remote instead of the mouse, but overall things were okay.

Eventually, I got a bit curious about the error in question.  For most people, this was due to a cabling issue.  Either their HDMI cables were cheap and faulty or they had their AppleTV hooked up through a receiver that did not support the right mumbo-jumbo for passing along the copy protection to the television.  For me, neither of these were the case.

I eventually discovered the solution — a solution so simple and idiotic that The IT Crowd makes fun of it all the time.  “Have you tried switching it off, then back on again?”  Well, no, I hadn’t.  The AppleTV, being the appliance that it is, does not even have an on/off switch.  This behavior was not one that I associated with needing a reboot and the lack of rebootability reinforced that.  And the TV gets switched off and on all the time.  But cycling power on the AppleTV made Netflix work again.

So if you suddenly and unexpectedly see this HDCP error, just remember what the fine folks in IT tell you to do.  Unplug and plug in your AppleTV.