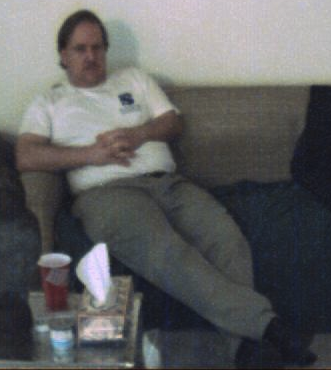 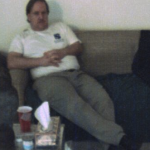 This is Dave.  Back in the early 90s I ran into Dave when I was working at Radio Shack.  He came in to buy a tone dialer and a crystal of a specific frequency and I immediately knew what sort of shenanigans he was up to because I had downloaded and read the same text files with the same sorts of instructions in them.  We had a friendship of sorts.  As you may know, most geeks are socially awkward in one way or another.  Dave was socially awkward in all possible ways — with a multiplying factor of about 100.  If you stuck with technical topics, he was pleasant, engaging, and knowledgable (if a little bit single-minded).  I spent many a late night at Denny’s over a bottomless mug of coffee chatting with Dave about radios, phone systems, computers, electronics, and all sorts of topics.  Outside of technical topics, talking with Dave can sometimes be a bit awkward.  I think he has a lot of difficulty picking up on social cues and norms.  Because of this, he can be fun in social situations in small doses, but a little difficult long-term.

Despite the awkwardness, he’s still a decent guy.  Not too long after we met, we took a road trip to DefCon 2 together.  From that point on, I think we both went to DefCon together up until about DefCon 10 (not always in the same car, or even hotel, but at least in the same caravan to the same conference).  We studied for ham radio licenses together, took the test at the same time, and our callsigns are one letter off from one another.  He was even — somewhat awkwardly and many, many, many hours early — at my Y2K New Year’s Eve party (the above thumbnail is from the time-lapse Y2K video I posed a while back).  The following photo is probably from DefCon 2 or 3.  It is of him and I throwing paper airplanes out of the hotel window that we managed to “hack” open (protip: bring a screwdriver).  Yeah, that’s right — we knew how to party like rock stars!  (That’s me in the background with scanner on one hip and ham radio on the other.) 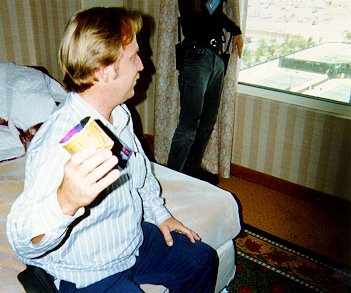 I don’t remember the last time I saw him.  I moved to Portland about 7 years ago and lost touch with him.  No, scratch that — I think I lost touch with him at least a couple of years before moving to Portland.  So imagine my surprise when I get a WTF text message yesterday from another friend who knows Dave (and whom, I think, has kept in somewhat closer contact than I). “SoCal Amber Alert: OC Sheriff’s Dept. are looking for Dave in connection with a missing 13-yr-old girl.”  I clicked an emailed link and, sure enough, that was Dave’s driver’s license photo attached to the article.

So, um, yeah, Dave has been talking to little girls on the internet and may be directly or indirectly involved with the disappearance.  I have no idea what to think about any of this. I have a couple of initial impressions that I do not wish to share with the internet at large and I suspect that some of it, for better or for worse, might boil down to Dave’s issues in picking up on social cues.  Beyond that, I have no comment.  I wish him the best of  luck in what comes next.  I was going to drop him a little note to that effect, but it seems that either through his action or the action of the authorities, his Twitter, MySpace, and Facebook (if he even had a Facebook account; I don’t remember for certain) are all gone.  So, dude, if you’re out there and reading this: good luck and take care.  Remember that deep inside you’re a good person, but that even good people, when confused, sometimes need to seek out help, therapy, and counseling. 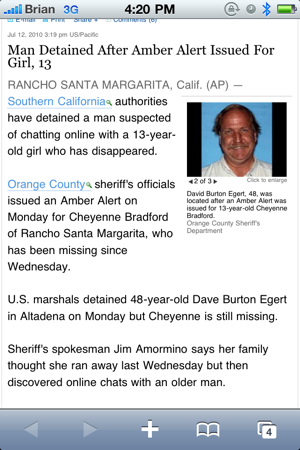 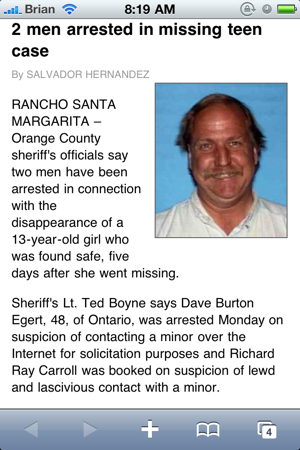 2 thoughts on “The six degrees of Amber Alerts”