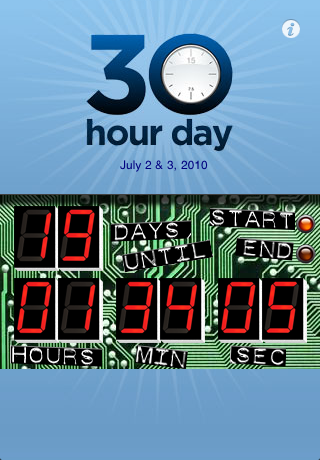 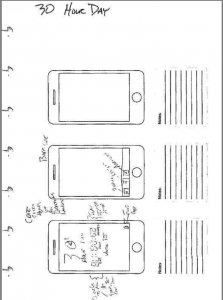 A little over a month ago, I had this crazy idea.  It wasn’t quite as crazy as no sleep for charity, but it was a little out there.  You see, I have played with iPhone development, technically, since before there was an official SDK but for most practical purposes, for a little under a year.  I was bouncing around a few ideas for good apps when I noticed a tweet from @30hourday.  Would a 30 Hour Day app be useful?  Fun?  Besides a big ol’ countdown from 29:59:59, what else might it do?  I scribbled a few notes (shown at right) and mocked up a quick semi-functional design.  This crazy app idea just might work.

Some sanity checks, permission checks, stock art purchases, and a weekend of coding later, I had a functional app. A few features got dropped or heavily simplified due to time constraints. Some features just fell into place without any real work (I borrowed code from a different, as yet unfinished, project).  Some pieces of the overall system are string-and-sealing-wax (you don’t even want to look at the back end web app that feeds this thing data).  Another planned feature got axed (or, at least, heavily changed) due to Apple’s objections. But overall, I’m happy with the results given the development timeframe. (…although there is plenty of room for improvement in future revisions.)  Mainly, I prefer to think of this as a platform that will grow and improve in the fullness of time — without the “30 Hour Day is how many days away???” pressure.

The scribbly sketches above then morphed into the real application screenshots you see below: 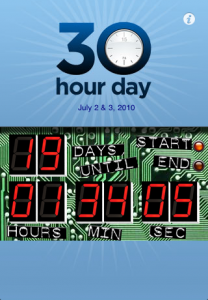 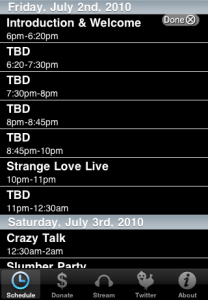 In a future post, I might get into more of the nuts and bolts of how it works but for now, 30 Hour Day is less than a day away.  Donate.  Watch it.  Visit it (Pioneer Courthouse Square).  Tweet it (#30hd).  Take pictures.  Support the sponsors.  Oh, and download the app from iTunes: http://nja.me/30hd