The other night, to make dinner, Kim used some of my lab equipment. Wait, let me rewind a little bit. First, she used a metric crap-ton of sodium chloride, or “salt” to the non-geeks. See? Salt: 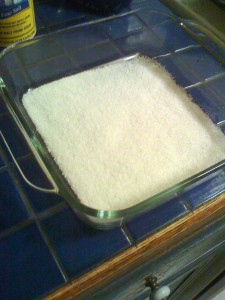 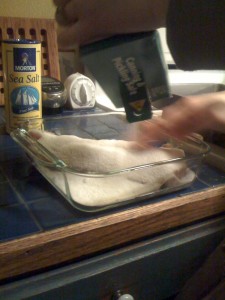 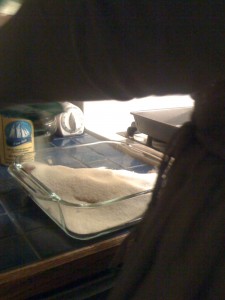 That was it. Fish. Salt. Nothing else. It was placed in the oven for a while (I have no idea how long–Kim was in charge) and eventually pulled out so that we could measure the temperature. By this time, the salt had formed a quite solid crust. Cracking through that with the probe showed us the desired temperature. 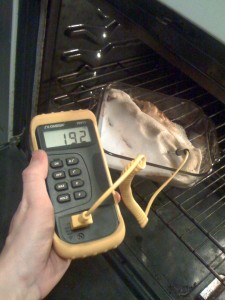 The fish was then broken free from the salt crust, doused in some olive oil, and served with lemons and leeks. That was some tasty fish. 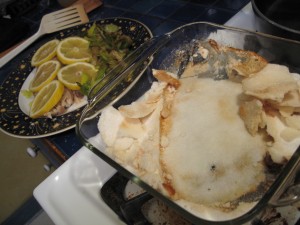 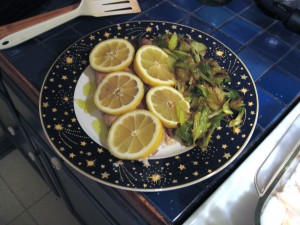 One thought on “Salt. Lots of it.”