I have been doing some housecleaning on the laptop and came up with some photos and videos that were not previously posted.

The Chronulator is a great little clock kit. It’s a digital analog clock–using digital technology to display the time on analog meters. Apparently the guy who makes the kits is here in Portland. He swung by early new year’s eve as we were getting prepped to go out and delivered the package in person. If it were some other night, I would have chatted with him a bit more. 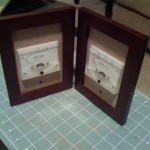 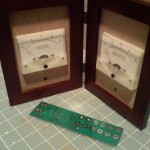 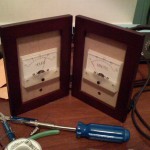 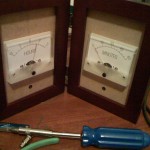 You know, in cartoons, how they have a box propped up with a stick with a string attached? I started doing the same in the kitchen with a cardboard box and pencil. As I was setting it up, on cat triggered it on the other. 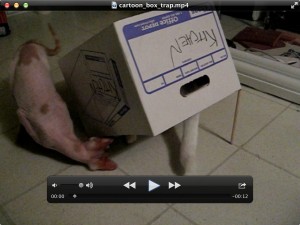 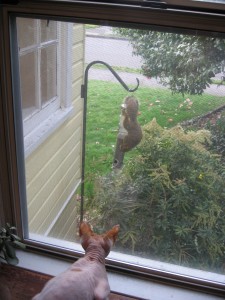 I’ve been following The Laugh Out Loud Cats for a while now and ordered a signed copy of his book. Adam, having never seen Ebenezer, nonetheless drew a pretty good likeness. 🙂 He rarely smokes a cigar, but often carries around a piece of rubber weatherstrip tubing in his mouth. 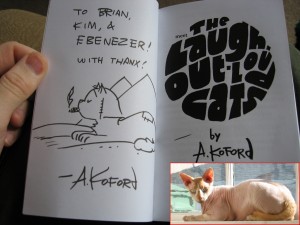 I know the latter picture is from a recent trip to Pasadena. I have no idea where the first picture comes from. I remember the bar having tables with that imitation-chalkboard-paint applied to them, and there were multicolored sticks of chalk. It had to have been in Portland, but I have no idea where. 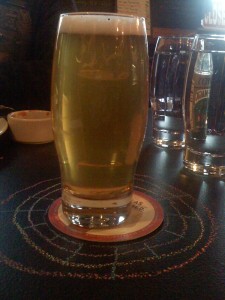 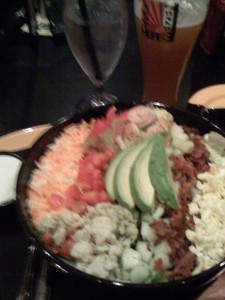 To move, first u up, then u down. This was in the bathroom at an asian-themed bar-slash-restaurant (not restaurant-slash-bar) near the old place. The Jade Lounge, I think it was called. 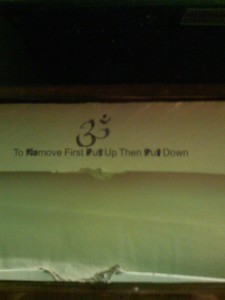 Next, I need to make a ketchup post on the California trip last month.