Everyone seems to be going hyper over Holga cameras. In case you do not already know, they are cheap (in both price and quality) film cameras originally manufactured in Hong Kong. They have cheap lenses, light leaks, and other “issues.” People love this–Wikipedia describes the resulting pictures as being “appreciated for their low-fidelity aesthetic.” You have no idea what you will end up with until after the film is developed. You either get a crappy picture or a serendipitous piece of art, but you don’t know at the time you’re framing the picture.

It occurred to me, a few weeks ago, that someone should make a digital camera equivalent. I’m not talking about a Photoshop filter (or set of filters), as that is more like “cheating.” The great thing about the Holgas is their apparent randomness, and being able to simulate that in post-production, to come up with exactly the style you want, loses that randomness. So this dream digital camera will have some amount of smarts inside of it. When you take a picture, it will apply some random filters to it, giving it the Holga look. It won’t have an LCD, just a peephole viewfinder. This not only prevents you from perfectly framing your dream shot, it also prevents you from reviewing the photos you just took until after you “develop” them by plugging in to a computer. The lack of an LCD would also keep costs down. You would be encouraged to just snap and snap and snap as many pictures as possible. You’ll end up throwing out a bunch, but because “developing the film” in this version of the camera is free, it doesn’t matter.

While I have heard of digital backs for Holgas and Holga lenses for fancy digital cameras, the key to this particular dream digital would be to make it cheap and accessible to everyone, without worrying too much about breaking it, messing it up, or any other thing that would cause you to leave it at home instead of taking it with you everywhere. A price point of about $50 would be ideal, and probably quite do-able, given the above constraints. 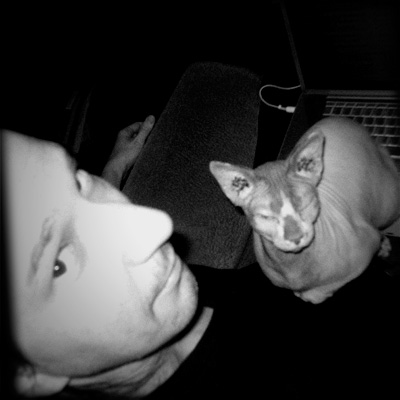